Oh my God we live here 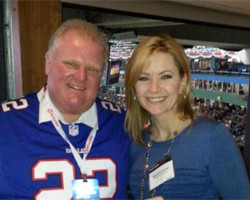 “I swear to God, Gladys,if we have to watch another episode of that Housewives of Real Top Chopped again, I’m going to get a divorce!” – Your grandfather screaming, because he would have been otherwise occupied by the Sabres.

4. About That Waste In Niagara County. No, The Other Waste. No, Not Love Canal.

You see these kind of stories a lot around the country when dealing with what to do with the byproducts of the modern age. It has a stronger flavor in Niagara County, who have been completely hosed on these matters before.

The stuff underground is from the Manhattan Project – this thing. So yeah, I’d be uncomfortable to. This isn’t the only place having problems like this. They all have certain factors in common: awful waste and containment units going beyond their life spans or limits.

The next time you drive under a bridge and you can see the rebar through it because we put no money at all into our infrastructure, realize what else is crumbling that you can’t see because we refuse to raise the money to take care of it.

That guy is an idiot.

2. Not Being In Buffalo

Hey, look the Bills went up to Toronto to play a home game even though it was literally no one’s home who went to that game. The Bills in Toronto series has gone well in terms of the Bills being given money by the Rogers group, but in no other way does it seem respectable. Bill CEO, President, and designated pitch man Russ Brandon even made statements about reviewing the entire endevour of the Bills playing in Toronto. He also said Buddy Nix was going to be around “a while” like four minutes before Doug Whaley took the job so, you know, grain of salt and all.

Toronto has never made claims to being loyal to the Bills. It’s a boom city, and as such is very cosmopolitan. With no NFL team of their own to boot, everyone is going to be picking their own favorite to cheer for. The SkyDome is an awful place to watch sports, and it’s expensive on top of it. The Bills, for the most part of this series, have been horseshit. Of course it looks like a fiasco.

Do the people who thought this up even know what sports is? Do they even comprehend the connections that are made emotionally and psychologically between the fans, the team, and the city – especially this city? Who thought deliberately giving a game away to another city – one always near the top list of potential poachers of it – was a good idea for anyone?

But the money is good, I guess. Go sports.

AUTHORS NOTE: It is important for you to know that I actually wrote the word f*** here because it is deserved. It’s probably edited out, maybe with an ampersand or at sign. Just know that in spirit it’s there.

Not only is the crime lord robber baron mayor of Toronto wearing the jersey of my favorite sports team (Thanks for making this possible, Bills!) and quite possibly my favorite player in a while, but the public face of an organization that touts its ability to hold people accountable is saying how much of a sweetheart he is.

This spreadsheet lays out how much of a sweetheart he is.

Oh my God we live here.