Seemed like a smart week in WNY? Guess not. 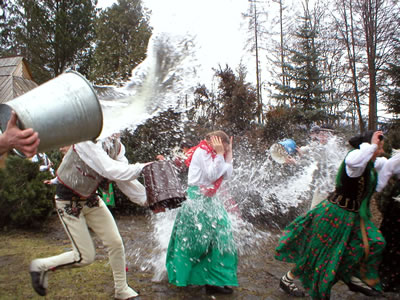 5. How Much Is That Doggie In The WAIT THATS MY DOG YOU JERK

4. Jokes On You Because You Are Totally In Jail

It isn’t that the guy is dressed as Heath Ledger’s character from The Dark Knight. It is that he is being like the least terrorizing you can possibly be. Remember how we are introduced to The Joker in that film? He terrorizes a meeting of the worst criminals in Gotham, kills a guy, and then shows that he is wearing a bomb vest. Aggressive play!

This guy? Wanders into the neighborhood grill (Look, they have our soccer team picture on the wall! They MUST be local!) and starts badgering people at the bar. You aimed high, kid. You’re going to give this mild mannered non-offensive and barely adequate food chain the quality trespasser that it deserves.

3. Someone Else Is Running For Mayor

I thought we just had party officials appoint our leaders for us and then they just show up in office. We vote for people? That’s weird.

The dumb part of this is that we don’t have a fight for that office every year. Any competition is good competition, especially for a city completely lacking in any strategic vision. If this guy wants to make a play, have a plan to turn this whole place around. We are desperate for strong leadership. Byron Brown can run a party but in terms of, you know, having something to actually do with this town it seems like he has no ideas.

2. Firing Ruff is Off The Table

Well the guy has won five Stanley Cups. Oh, he hasn’t? Well, this is stupid then.

Let’s concede that Andersoon Cooper may have had a point.

1. There Is Such A Thing As The Pussy Willow Prince Why Are You Laughing Quit It

Here is something the mayor is doing– getting a little camera time. But no, that’s cool, don’t even talk to the guy’s people about maybe inviting him to get horribly drunk and stumble around the hollowed out ruins of the Polish neighborhoods of Buffalo. Of course, this is because Anderson Cooper rightfully found the whole concept of the festival hilarious. But then again we celebrate the resurrection of a carpenter with bunnies and by eating chocolate until we puke.

Awesome part about Dyngus Day is watching the immigrants from Southeast Asia who now own that particular area look around at all of these white people who suddenly show up wearing red. And they’re all drunk. Like, what the hell is going on?

“Hey are you going to help us put this place back together?”

“Nope! Just here to drink and get some Cheektowaga tail. Thanks man!”