We elected someone who is inexperienced at being a political hack. 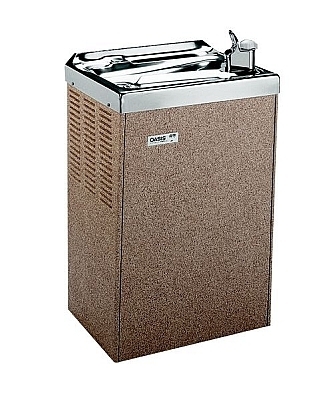 What if David Bowie was the only one who was ever real? Think about it.

5. This Site May Harm Your Computer

I tried to go to Buffalo Rising to find something dumb that was written about a building, and I was immediately warned by Google Chrome that I may be infected by malware should I continue with my journey.

There are probably a good four to five jokes in there somewhere.

4. Hockey Is Back Get Your Price Gouge On

$4.25 for a soda/pop/cola at a Sabres game in a souvenir cup is dumb. A 2 liter of Coke at the store will run you in the neighborhood of $2.00 without discounts. Probably $1.50 if you have the shoppers insiders super discount access card. That’s $1.50 per 67 ozs, or two cents an ounce. The Sabres (and Delaware North which means Jeremy Jacobs) are charging you thirteen cents an ounce. That is a markup of over 600%. Let’s not even talk about the beer (31 cents an oz. at last check.)

You know what? Just drink from the fountain.

I will write about this in more depth here at Trending Buffalo in the future, but just read page 36 of the extensive report on the charges filed against the former principal at Cayuga Heights Elementary and try not to form a mob of angry townsfolk.

This is a titanic screw up on the part of the V.A. We are not the best at taking care of our soldiers and veterans. I mean, we have parades and ribbons so go team, but when stuff like this happens it makes you wonder.

Veterans have some of the highest levels of unemployment, and suicides are at frightening levels for members of our armed forces. Fighting two wars in Asia over ten years with an all-volunteer force places stress on your military and the people who have to do the heavy lifting. We fielded a force by denying retirements and leaves at one point during the worst of the fighting.

And now we expose them to who knows what. There are a lot of people who do great work for the V.A. and at the V.A., but somebody screwed up here. What a nightmare.

1. We Elected An Idiot

As Alan Bedenko points out over at Artvoice, Erie County Comptroller (Jesus we really elected him we are the worst) Stefan Meichwejksdjfow took about two weeks to screw up. Not only did we elect someone with practically no experience counting money, but we elected someone who is inexperienced at being a political hack.

When you hire a chief of staff who resigned two weeks into his job because of a DWI arrest he had MONTHS EARLIER it is your fault for not looking around. You can’t get into politics and miss this stuff. Now we have a comptroller who is a rookie at both counting money AND at being part of our political problem. Great.