Game Of The Year

In mid-February during any other NHL season, a Sabres player will put together a series of incredible moves and bury his chance into the back of the net. Someone will say “THAT’S THE GOAL OF THE YEAR RIGHT THERE!” and you’ll have no idea if it’s true.

Trending Buffalo will establish a baseline in order to gauge whether or not an event that we’ve just witnessed deserves to be called the “best of the year” and, naturally, we’re starting with game number one.

When we see a better game/goal/hit/fight/etc., it will take its rightful spot on this page. (We’ll add categories as warranted.)

BEST GAME OF THE YEAR

BEST GOAL OF THE YEAR

BEST HIT OF THE YEAR

Marcus Foligno on Flyers’ Luke Schenn (1/20/13 at First Niagara Center)
No video available, which should make this one pretty easy to beat.

BEST SAVE OF THE YEAR

Robyn Regehr on Flyers’ Scott Laughton (1/20/13 at First Niagara Center)
Again no video, and not even a real save. Regehr lifted the stick of Laughton, preventing an easy tap-in goal which would’ve given Philly a one goal lead with about 7:30 to play in the 3rd.

BEST FIGHT OF THE YEAR

Hartnell takes the decision in this one but we commend Stafford for doing exactly the type of thing that the Sabres are often decried for avoiding. Stafford doesn’t like Hartnell’s hit on Tyler Ennis, tells Hartnell as much, and then fights him. Good on ya, Drew.

This gem came early in the Sabres’ 5-2 win over Flyers. Vanek would tally 2 goals and 3 assists.

Vanek seems slow and ordinary to me 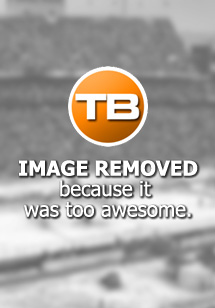