Math is great, even though it is relatively underutilized in the sport of football – which is crazy because like they use numbers all the time. 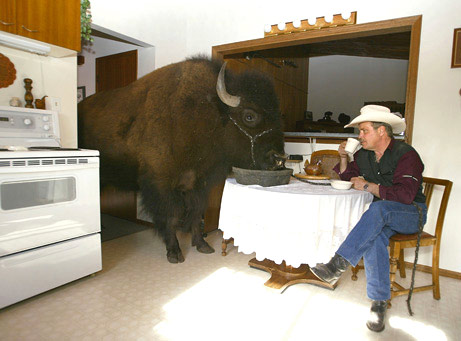 Let’s start off the new year right everybody! [pulls off some sick dance moves]

5. The Depew Boys and Girls Club Being Burned Out

This is more of a personal one for me, but I used to hang out at that gym all the time as a little kid when my dad would play basketball with his friends. Its some of the best memories I have of him.

I was like seven or eight probably when I would go with dad, and while they played I would hang out at one of the side baskets and be generally uncoordinated. Look I have small hands now, so a seven year old me could not possibly handle a basketball. Also I was like three feet tall and that net is up there man. I spent hours of awkward athletic moments there while dad ran the floor.

Those memories are great to me, and I don’t have many of them with my father due to the lack of time we had. And now the place where I got them burst into the flames. I could have done without that news.

4. Getting Caught For DWI After Having Your License Suspended 24 Times

Jesus, Mary and Joseph. This is how responsible we are as a society. OF COURSE WE SHOULD ALL OWN GUNS.

3. Our Reputation For Snow

I simply state this because Oswego and Watertown get crushed routinely every year. Way more than we do. I mean those places get buried by snow. This is where people should go to do their live shots for “Oh my God look at all of the snow.”

This isn’t to say that we don’t get snow. We do. Its just that there are others who get more. They should be the ones with a reputation for getting crushed. But, whatever, it sells t-shirts I guess.

2. The Bills Having An Analytics Department They Will Not Use

Math is great, even though it is relatively underutilized in the sport of football – which is crazy because like they use numbers all the time. You can’t get anywhere in football without using math to compute distance. People should be all over statistics in football. Not so. Guys in big cowboy hats who talk about “physicality” and “foot speed” and “high motors” aren’t so much for the mathematics.

Like take the Bills GM for example. Buddy Nix came right out and said as much during the press conference to announce that Ralph Wilson may or may not be dead but is no longer calling the shots.

What is the point of applying statistics to your team if you aren’t going to have the personnel to use them? If you want to start incorporating some hard math into what you do you are going to have to go out and get people who don’t hate the idea, and football people are a conservative bunch.