You should get that looked at. 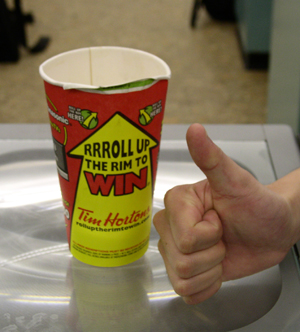 You should get that looked at.

Roll up the rim to play again.

5. Rolling Up The Rim Not Being A Year Round Thing

Rolling up coffee cup rims is the only nervous tick of mine that can be directly converted in to winnings.

Testing has become the goal in our educational system because we have tied funding to it. Parents are getting wise that having three or four standardized tests at the end of every year (not counting midterms or other state and national tests to check development through the year) are kinda dumb.

But if parents don’t have their kids take the tests, schools may lose funding, because again its all tied to how those schools perform.

We did it guys! We’ve broken our system.

2. This Plant Does Not Make Soda

Thanks, fellas. Enjoy the jail time.

1. We Gonna Party Party Hey Who Called The Cops I’m The Cops Wait

This guy is going to avoid jail time. You know why? Because putting a former prison guard behind bars is probably not going to turn out well for him. Some prisoners may say mean things to him!