We are all living in an episode of Damages. 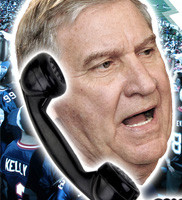 If you are inquiring into what time it is the time is for getting ill.

I can end this argument right now. Most people hate both bloggers and mainstream journalists. We are all insufferable and will die alone.

4. We Are So Good At Helping Those Less Fortunate

Hey look the psychiatric center had bed bugs… in March… and we find out about this now. They moved the patients out of a community setting and into a hospital setting until their building could be fumigated. When the patients moved back, the bugs were still there.

A snippet from the mother of a patient:

“He had bites all over his arms. And I said why didn’t you tell anyone? And he said I was afraid they’d put us back in the hospital,” Karen said.

This is how we take care of those who need us most. 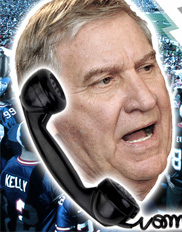 3. Hope The Prank Call On Buddy Nix Was Worth It

Because the federal prosecutors are going to try and put you in prison.

2. 53 Jobs Lost In The Clarence Schools Deserves A Laurel, And A Hardy Handshake

Nobody likes taxes, but plenty of people like the results of taxes. Roads. Bridges. Schools. Civilization.

The votes in Clarence have resulted in the loss of 53 jobs. Thats fifty three people whose lives have been pretty much ruined for now. 53 families that may have to bail out of Clarence to find work. 53 people who did not want to leave.

We act like taxes are just a nebulous way to steal our money. They pay for things we need. Those things we need usually involve people working. Is there wasteful spending? All the time.

Schools are never wasteful spending. 53 people were helping the kids of Clarence be better people.

1. OH BOY LAWSUITS THIS IS HOW WE DO DEVLOPMENT PUNKS

I think we are all living in an episode of Damages.