Did you vote this week? No? You suck. 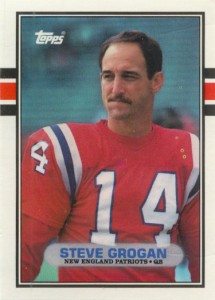 5. Oh Look The Bills Lost A Close Game To The Patriots

4. There Are Three Sports Radio Stations In Town Now

Combined they would form one good station. We have only two big league teams and they’re both terrible! What are we doing? I have to steal a radio telescope to find a station playing Marvin Gaye or Stevie Wonder but I can’t go to the bathroom without hearing some #HotSportsTakes.

Don’t ever drive on it. Ever.

And we totally took the bait. He is right, though. North Carolina has better BBQ than us. And enough of us have moved there that they probably have good pizza joints and wings and such OH MY GOD MAYBE HE’S RIGHT. RALEIGH IS BETTER BECAUSE IT’S ALL US ANYWAYS.

1. 20% Turnout In The City For The Democratic Primary

Go out and make someone who is good run for office. Be active in your politics. Hustle.