DIDN’T I JUST SAY THAT SPORTS ARE DUMB

HOORAY THE NHL LOCKOUT CONTINUES EVERYBODY GONNA GET DOWN TONIGHT

Really? In the 21st century this is a thing? There are pictures of ladies in their undergarments all over the internet man and they are doing it willingly. You do not have to visit the jail for this.

I link to a lot of different sites by doing this column. WGRZ, WIVB, WKBW and what not. I also link to the Buffalo News. That will probably stop now that the News is finally putting up its paywall. Does the News know there are other sources of news here that won’t charge me for going to their website? Do they know about the rest of the internet?

2. Building A $1.4 Billion Stadium That The Bills Don’t Want

Let’s breakdown how badly this went.

A group of investors who proposed building a new stadium/convention center combo down by the outer harbor and have already spent their own cash money spoke to the Buffalo Common Council about the project.

a) The Common Council doesn’t control the property.
b) The NFTA does.
c) They haven’t approached the NFTA.
d) Or the county, who controls the lease at Ralph Wilson Stadium.
e) Or the state, who would have to donate cash to the project.
f) Or the Bills, who would be the primary tennant.
g) Or the NFL, who would have to participate in any new construction project.
h) Or the public, who would also have to help finance the project.

Aside: Once you get, I don’t know, four reasons deep you’re in trouble.

You can make up any reason you like as to why the Bills might need a new stadium, and a lot of them are valid. The Bills don’t want one. Building one for them and pushing them in is not a viable option.

Why don’t the Bills want one? Because the owner is 94 and doesn’t care about the long term future of the team. Why should Ralph Wilson care? Its his team until he dies, and then after he dies it ain’t his problem anymore. Thats the situation we are stuck with. The Bills are in a holding pattern until new leadership arrives. They’ll probably want a new stadium. Maybe here, maybe someplace else. Until then, though, its foolish to build one without knowing if they will stay or go, because a stadium’s construction won’t guarantee that the team will decide to stay now.

Also, considering the Bills and the NFL and the state and some congressmen basically came out and clubbed these guys for not talking to them first, you might want to find new developers. 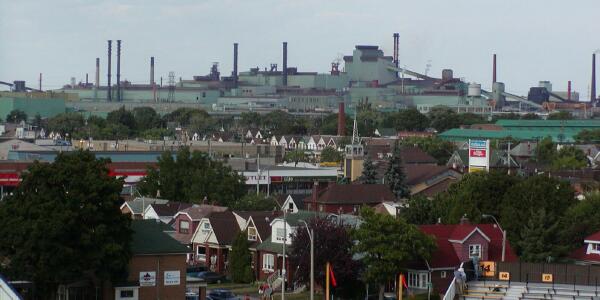 1. Thinking Hamilton, Ontario Might Be A Good Place For An NFL Franchise

Hamilton can’t even work out where they are going to put the new stadium for the own football team let alone find space for a new NFL franchise. Also worth mentioning is that if you move the team to Canada you might as well move it to Tokyo, emotionally speaking for Bills fans. Moving the team is moving the team.

Hamilton? Hamilton. Like, does Termini travel at all? I know the idea probably didn’t have much thought behind. Because its terrible.