I always keep my promises, as long as you’re not a credit card company

Also, if you recall from my Trending Buffalo list of 2013 New Year’s Resolutions, I resolved to make a new list for 2014. (Editor’s note: We received no list.)

I always keep my promises, as long as you’re not a credit card company or 88 Video on Seneca St. in South Buffalo. I still owe 88 Video about 4 dollars in late fees for Beastmaster 2: Through the Portals of Time. I am not kidding about that. Kari Wuhrer was in it. I’m only human. 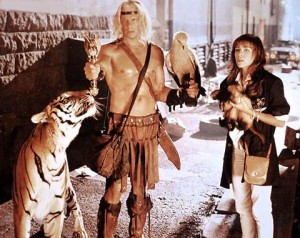 1. Watch at least part of one of the Godfather movies

I’ve seen the scene where the girl is saying, “Monday, Tuesday, Thursday…” and then her car blows up. It’s time to fill in the rest of the pieces.

I need to go back to the Algonquin Provincial Park in Canada to see a moose. It’s a beautiful place. While I’m there, I will not throw any bags or packages of old sneakers in any parking lots because I respect rules.

3. End my lifelong streak of never having been inside of Buffalo’s City Hall

There’s gotta be a Sbarro in here or something

I have no idea what I’d do in there. I suppose, if I get a parking ticket, I can pay it in person in City Hall but, I don’t want to pay a bunch of money just to cross something off of my list. Can’t I just walk around? Do they sell coffee in there? If I walk into City Hall, is someone going to ask me where I’m going or can I just browse? I don’t want to arouse suspicion. I don’t even really want to go into City Hall. I’m taking this off of my list.

I don’t want to see it coming. You all know what you have to do. Let’s be safe out there. And, no punching, just tackling.

5. Find out if I graduated

Once a week, I have a dream that I’m back at Buffalo State College and I have to take an exam for a class that I’ve missed all semester. I fall for it every single time. It’s terrifying.

I can’t find my diploma so, I’m not 100% certain that I graduated. I think, if I go to the school, someone might have a record of my graduation somewhere on a computer or something. Also, while I’m there, I’ll take a nap in the Student Union for old time’s sake. I’ll go during Bengal pause!

The last time I went to a Bandits game, they played in the Aud and they never lost. It was fun. That would seem like even longer ago if the best player from 1993 wasn’t still playing on this year’s team. I’ll bet the games today smell less like weed and urine. I miss the Aud. 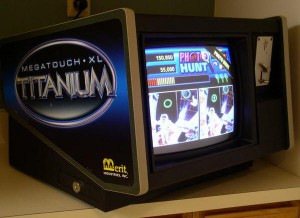 I major in boob differential

Am I crazy for thinking that ice fishing looks like a lot of fun? Can you build a fire in an ice fishing shanty? Do a lot of people die? I want to go ice fishing. Where my ice fishers at? 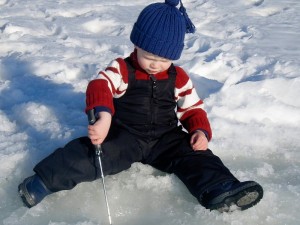 9. Make a list of the people in my way and murder all of them.

10. Take down my Christmas decorations.

I put some lights outside and, I’ve got to be honest with you, it’s freezing out there. I hate when you’re bending over in the cold and the air hits the top of your bottom. I could just not turn the lights on and get them off of the bush in March. They’re actually white lights so they’re kind of good all year.

I’m 100% positive that the Russians are going to come to throw us into camps and I’ll slip past the initial attack because I’m in a coma or something but, when I get out of my basement where I hit my head, the only car outside with the keys in it is going to have a manual transmission and I won’t be able to get to the only female left on the Earth on a count of the Russians accidentally killing everyone and we won’t be able to repopulate the Earth.

Sure, they’ve made it this far and outlasted an entire industry without my 4 dollars but, I think it’s time to pay up.