Take the cash mob formula and apply it to local establishments that have, even more than the most ardent fans, been anxiously awaiting the return of NHL hockey. 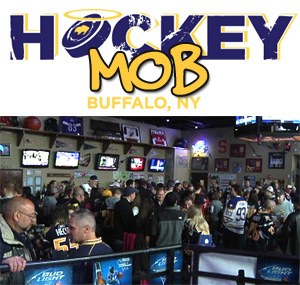 We have an idea.

The word goes out on Twitter: the name of local shop or tavern, an address, a date and a time. At the appointed hour, dozens upon dozens of customers appear at the business’s doorstep, with money in hand. Maybe a TV news camera crew shows up as well, to document that latest Buffalo Cash Mob.

Local businesses make money on the spot and gain new customers. Consumers learn about establishments they might otherwise have overlooked and meet the proprietors. It’s simple and perfect.

Who has been hurt the most by the NHL lockout?

Local businesses. Bars and restaurants, downtown and elsewhere, rely heavily upon increased traffic on game nights. Usually the season starts in October. Here we are, three months later, awaiting the release of a 48 game schedule.

Take the cash mob formula and apply it to local establishments that have, even more than the most ardent fans, been anxiously awaiting the return of NHL hockey.

Now that the season is finally upon us, we’ll take suggestions for where to assemble and then, on game nights, go out and pour some money into the places that have been hurting the most over the past 3 months. The way we see it, weeknight games will be the best candidates to really impact the bottom line for these local businesses. With any luck, we can get some other organizations involved and really have a positive impact on the local economy.

Share your ideas for locations in the comments section below and via Twitter using the hashtag #hockeymob.