Why even have a Puppy Bowl if we can’t play Fantasy Puppy Bowl? 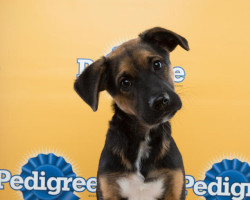 Do you love puppies? Would you like to earn points every time a puppy plays, piddles and prances? 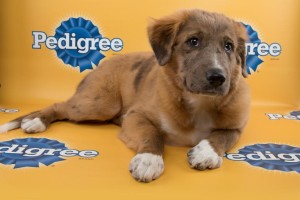 This is USS Maloy, the biggest puppy I have ever seen.

For the second year, Trending Buffalo is holding a Puppy Bowl Fantasy Draft. It’s free to join and makes a great thing even better. Puppy Bowl 2015 will air at 3 p.m. on Super Bowl Sunday. This is the perfect pregame event, and much better than debating legacies and deflated footballs.

Short version of the rules:

Pick five of these puppies. That’s your team. Pick a tie-barker. Beat the competition. Win a t-shirt from Store 716.

Full rules and entry form are below. You can view the full line-up with pictures here.

7 points for a touchdown – There are actual touchdowns. There were 7 touchdowns scored in Puppy Bowl IX and they were scored by 7 different puppies. In the instance that two dogs both drag a toy into the end zone, they will each receive 7 points.

5 points for a penalty – The ref must throw the flag to present a puppy as a guilty party. Penalties include unnecessary cuteness, unnecessary Ruff-ness, and intentional growling. Sometimes the ref will throw a flag at all of the puppies on the field. In that case, every dog on the field gets 5 points.

Total rushing yards – Only positive yards count. I will measure when a toy was picked up and how many yards forward the dog brings the toy. If two dogs are engaged with the same toy, they will both get a point for each yard. Again, only positive yards are counted. No forward progress. The rushing attempt is calculated by the point at which the dogs pick up the ball + the amount of yards they move in the original direction… Unless the puppy scores a touchdown on the rush. If a rushing attempt results in a touchdown, I will calculate yards from the point at which the puppy changed directions to reach the end zone. Got it?

Rushing yards must be featured as rushing attempts by the Puppy Bowl announcing crew. I can’t keep track of every instance of rushing.

5 points for any dog who is the focus of a slow-motion ‘Cute Cam’ feature – Sometimes, they’ll show slow-motion replay footage that is NOT ‘Cute Cam’. You do not get points for ordinary non-‘Cute Cam’ slow-motion footage. The announcer will name a dog before throwing it to cute cam. That is the dog who gets 5 points. Any dog mentioned by name during the ‘Cute Cam’ footage gets the points.

5 points for Nameplate Feature– If your puppy gets a nameplate graphic posted on the screen at any point in time AFTER it’s announced in the starting line-up, you get 5 points.

I don’t even want to go into detail how hard it’s going to be to score this, but it is possible. I watched hours of Puppy Bowl coverage to come up with this.

Because it’s possible that two entries will be the same, you need to include a tie-barker. (Get it? TIE-BARKER!!!!!!11!!)
The tie-barker will be this: guess the total amount of touchdowns scored during Puppy Bowl X.

Draft your team below! Good luck!