I posted a quick piece about “Sports Radio 1270 The Fan” yesterday but here’s some more to consider.

@trendingbuffalo First day of all-sports radio on 1270 AM, including local show 12-3pm, and WGR is also going local 12-3pm. YOUR Thoughts?

I posted a quick piece about “Sports Radio 1270 The Fan” yesterday but here’s some more to consider.

The story here is that a full-sized radio company is venturing into the Buffalo sports talk realm with a backbone made up of CBS Sports Radio’s programming. This structure allows for growth and change over time, at whatever pace deemed necessary.

Don’t concern yourself with the current lineup.

Logic states that, if local management is serious about this project, much of the national and local programming that’s rolling out in The Fan’s earliest incarnation is nothing more than a placeholder. 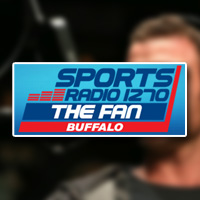