Last night I spent some time breaking down the local reaction to the breaking news about Manti Te’o. This morning, many in the national media weighed in, and I thought…

Hindsight Is Key Theme In National Debate On Te’o 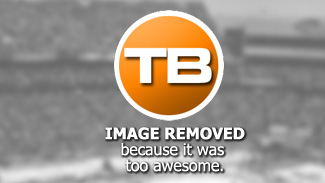 Last night I spent some time breaking down the local reaction to the breaking news about Manti Te’o. This morning, many in the national media weighed in, and I thought it would make a nice follow up to last night’s piece. Many of these links flashed quickly through Twitter this morning and hopefully they make for a nice read if you are interested in the journalistic process (I have no idea if “journalistic process” is a real term but it sure sounds smart).

As way of introduction, Poynter’s Mallary Jean Tenore had a brief e-mail interview with Tommy Craggs, the Editor-in-Chief at Deadspin.com. She asked the simple question, “What sort of editing went into the piece?” Craggs’ response:

There was a fat pile of the latter, contradictions and all, and absolutely nothing of the former. From there, the story wrote itself. That’s all pretty obvious, and anyone who reports a story goes through at least a mental catechism like this. But putting it all on the page made the holes in the Lennay story plain to see.

This method dovetailed nicely into an article I had read earlier in the morning by Steve Buttry about his personal checklist for accuracy in journalism (link via Brian Moritz’s site, Sports Media Guy). Buttry’s list plays off a list generated by Craig Silverman, who writes the “Regret the Error” blog on Poynter. But more important than those great references is this piece Buttry wrote on the actual Te’o story. Some excerpts, but I would encourage you to read the entire post if you find this sort of thing interesting:

I have to agree that Monday morning quarterbacking is often unfair and that we should generally be careful about piling on journalists caught in embarrassing situations (no one knows for sure what we would have done in the same situation). But I believe that we should learn from such mistakes. And the lessons are easy to spot here and they are lessons I’ve been advocating for a while here:

What reporter doing a story where her death is worth several paragraphs wouldn’t want to read the obit? I’m not suggesting that you’re suspicious at first; I’m sure I wouldn’t have been. But you don’t fact-check just when you’re suspicious. You fact-check because that’s what journalists always do. You don’t have to suspect that Te’o was lying or duped to want to check to be sure the date is right or to want a few more details for the story.

I would have searched for the obit to provide a relevant link to mention with her death. Or to find a few details. Or just to routinely check that I had the facts about her death correct. I wouldn’t start out suspicious, but if I couldn’t find an obit, I’d keep looking. I don’t know when I’d get suspicious, but at that point, I’d sure as hell be looking for verification. I’d Google her name and “crash.” Or her name and Stanford. And as the questions mounted, I’d keep digging.

I can anticipate the argument that journalists are overworked and don’t have time to find all these links (it’s alluded to in the Twitter conversation below). Well, lots of journalists are doing good research and finding the links they need to as part of that, so adding the links is a fairly quick step. And where adding links requires searching and reading some more, that’s reporting you should be doing anyway, and we need to find or make time to report stories fully. Journalists are not too overworked to look up the obituaries of supposedly dead people they write about. That’s part of the work, not an added chore. The fairly simple task of adding the link is added but important work.

What all this comes down to is that reporters didn’t do what reporters are supposed to do, and they all look kind of foolish today and are now being second-guessed by everyone, including amateurs with a blog like me.  Perhaps Will Leitch put it best when he wrote, “the true takeaway from this story isn’t Manti Te’o’s Fake Girlfriend. It’s that, once again, nobody knows anything. You should be skeptical of everything you read, ever.”

Today there are dozens, no hundreds, of journalists talking about how it would have been different if they had been the ones writing the story and do you know what?  I want to believe them. I want to believe them but I can’t. Because I have a feeling that if Pete Thamel had not been the one who wrote the stories about Te’o and his imaginary girlfriend for SI, he would be someone who could sit back and say “I never would have published that because I would have fact-checked it.” In other words, nobody thinks they are going to be “that guy” until they end up being “that guy.”

As someone who has never sat in a locker room of a major sports team, I don’t know how one reacts, or what kind of groupthink goes on, when something like the word of the death of a star players girlfriend spreads through the room. I have no idea why I would ever choose to be skeptical. And I really don’t know if I would let my journalistic instincts get in the way of what seems to be an easily-verifiable and painfully beautiful story. But even if that gets past me, the writer, at some point an editor has to ask for the obituary, right? Or a quote from a classmate at Stanford. Yet it never happened.

I have a sense that there are a lot of sports reporters re-thinking their approach to their job today. I am guessing 99% of them are looking at this honestly and thinking, “yup, could have been me,” and that will make them better at their jobs. I think editors are thinking the same thing, and they are going to be better at their jobs as well.

I don’t want to use this incident as a means to lecture the general sports writing community, because I am skeptical that even 1 in 100 sports writers, if placed in the exact same situation, has this story end any differently. What it should serve as is a lesson that everyone out there has to stay a little closer to their journalistic roots and remember some of those lessons from J-School that perhaps you overlook as you start to rely on experience rather than tried-and-true methods.

Let’s all be better.