A place to discuss what is right, what is wrong, and what is just re-god-damn-diculous in our local media. 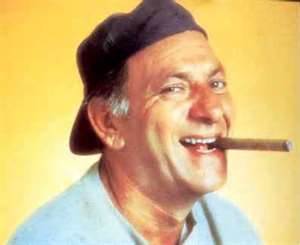 Something Is New Around Here

Hi everybody! You may remember me as the proprietor of a Buffalo sports web site known as BfloBlog, which ceased publishing back in, geez, I don’t know, 2009 or 2010 or something.  Which is like a decade in Internet years.

Back in those days I enjoyed making fun of our local media types and their resistance to all things Internet.  Times have changed, with most media types having descended into the world of blogs and Twitter, which were the very things they mocked because they simply didn’t understand them.

Indeed, I have sat back over the past three or four years and watched the sports media landscape shift before our eyes.  Sure, some dinosaurs still exist, but the majority of our media types at least dabble in social media.  Not to mention the recent college graduates joining the ranks who cannot imagine their life, much less their job, not being fully immersed in SM.

For some time now I have pondered starting a new blog focused on the Buffalo sports media scene.  A place to discuss what is right, what is wrong, and what is just re-god-damn-diculous in our local media.  TBN tries to do that with it’s “Mixed Media” column by Greg Connors, but it rings a little hollow because it rarely criticizes anyone and it certainly would not criticize one of its own.  But the timing never seemed to work out for me.

Until now, that is.  With Trending Buffalo stepping onto the scene to monitor local social media with an emphasis on sports it seems like a natural home to me.  And that means the beginning of Buffalo Sports Media Watch here on TB.

So, do you have something you would like to discuss?  Or bring to our attention?  Or just mock the shit out of?  If so, get at me on twitter, the handle is @BfloBlog, and we’ll see what the TB community thinks of it.

In the meantime, I have some media to monitor…