#BlueForBen. Smart Thing One: Charity Making Ridiculously Cool Bedrooms for Ailing Kids Special Spaces Buffalo is a non-profit organization that creates dream bedrooms for kids with life-threatening illnesses all across… 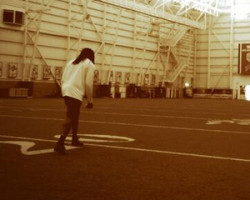 3 Smartest Things in Buffalo – May 2014 Edition

Special Spaces Buffalo is a non-profit organization that creates dream bedrooms for kids with life-threatening illnesses all across Western New York.

A bedroom is a kid’s castle. It’s where dreams happen, and it’s where kids go to escape, think, or just play. It’s a special spot. Special Spaces Buffalo has done some fantastic, transformative work in the homes of many sick children in the area to ensure that these rooms – these castles – are as powerful and awesome as can be.

Their website has plenty of inspiring kids and their stories – be sure to make a donation when you stop by, and check out their events listing for information on a golf benefit taking place on June 14. You can find the Buffalo chapter of Special Spaces on Facebook, and also on Twitter at @SpecSpacesBflo.

Smart Thing Two: Buffalo – Home of the Coolest Treehouses in the Country

I’m getting one of these for my kid.

Just as soon as I get one set up for a man room. I know my wife won’t mind, since these things actually boost a home’s resale value.

“The original owner of the ‘Cottonwood Cabin’ was transferred out of town for work. The treehouse turned out to be the selling point to buyers who were transferred here from Ireland.”

An exclusive Flying Bison (the beer, of course) will be one of the features of the Buffalo Zoo’s BuffaLoveFest 2014. More fun includes:

Keep up with the zoo on Twitter at @BuffaloZoo, and whet your appetite at @FlyingBison.

Smart Thing Honorable Mention: This Kid Gets It