It’s okay to be proud of this, Buffalo. 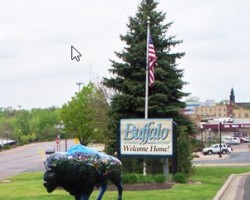 Pat Kane is the face of American hockey. And this is his home. It’s okay to be proud of this, Buffalo.

“‘We were inspired to hold this event to raise food truck awareness,’ said Pete Cimino, co-owner of Lloyd Taco Trucks. ‘There are so many people who still don’t know that food trucks are open daily in Western New York. We know it may be difficult for people to find us during lunch because of scheduling restrictions, so we thought this would be a great way to give people, especially families, an opportunity to come out and experience it.’

Cimino said cities across the country with thriving food truck scenes hold events such as this on a regular basis. He and business partner, Chris Dorsaneo, attended a large event in Honolulu he said ‘definitely left a lasting impression.’ Rochester has run similar events in which Lloyd participated and they hope to have their trucks included for the next one in Buffalo.”

A few days ago, the city of Jacksonville held its second “Food Truck Championship,” which attracted thousands of people and helped to “illustrate how the food truck industry could be utilized to activate dead city blocks and public spaces.” It’s a great example of how economics and good food can come together to help shine a light and even improve upon urban evolution and living.

A good way into the hearts of many Buffalonians is through their stomach. The Rodeo should be an annual hit, and I can’t wait to see how it grows from here. 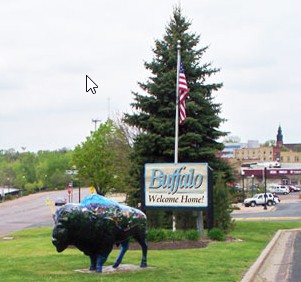 We do a great deal of hand-wringing in this town over losing our best and brightest to other regions. Some do come back, but in the case of Craig Kanalley, we reclaimed a good one.

Kanalley has returned to the City of Good Neighbors after accepting a job with the Sabres as their new Social Media Manager. If you’re not familiar with him, here’s all you need to know, (from Chris Smith of Artvoice):

“Craig Kanalley is the senior editor for “Big News and Live Events” at Huffington Post and operates at the forefront of new media and journalism. If something is happening in the world, you can count on him to curate the news, weed out the phony information and bring you the story that matters. In other words, he’s doing it right in the confusing world of journalism in 2013. Craig also happens to be from Buffalo and is universally regarded as a nice guy with an excellent ethical compass.

Several years ago as a journalism student at DePaul University, he started a Blog/Twitter Account called “BreakingTweets” which revolutionized how news was distributed on Twitter. He wrote about how he grew his little project into a global phenomenon and turned it into a job at Huffington Post and (for a spell) at NBC News before returning to a senior position at HuffPo.”

Let’s hope his story helps to inspire more of our kids to come back – or heck – to stay right here.

GEICO’s Northtowns workforce has reached 2500 employees, and has done so at a remarkable pace – “some two years ahead of projections.” Warren Buffett, who owns GEICO, visited Amherst to celebrate the event and help provide some much needed perspective on what this city has to offer as a workforce. From WGRZ:

“‘People go where they’re welcome, there’s no question about it, Buffett told WGRZ-TV. ‘And  Western New York has got its arms out.’

In the case of GEICO decision to locate in the Buffalo area, he says a larger factor was the type of available workforce, fostered by many nearby colleges and universities.

‘It was huge,’ said Buffett. ‘We know productivity, and if you get good people, well…that’s number one.’”

Your hard work trumps the tax man. Keep up the good work, Buffalo.