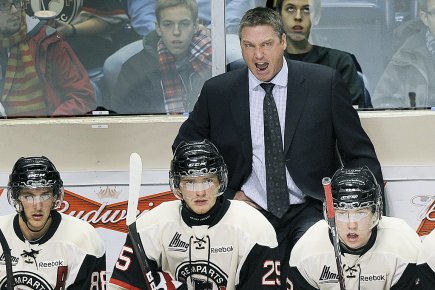 On to the next quarterback!

With Fitzpatrick out of town, I guess our collective IQ just went down a few points. But hey, maybe that next QB will be able to throw a football to a person. Wouldn’t that be nice for a change?

At the Webster Block, “Hockey Heaven” is being billed as a future destination for hockey players and fans worldwide (Paywall alert: that link will bring you to the Buffalo News.)

Meanwhile, something else of massive scale is in the works. Silo City Rocks aims to transform Grain Elevator A into “one of the largest and most unique climbing facilities in North America.” Already, folks outside of the Queen City are taking notice. Gear Junkie, a leading online publisher of outdoors equipment reviews and news, is pretty excited:

“The facility’s level of epic in the near term will hinge on the fundraising effort. If this sounds like your kind of thing, chip in and book your plane tickets to Buffalo in a few months.”

Build it and they will climb.

You can find more information on Silo City’s Indigogo page, where they are seeking more funds to help complete the project:

“Through your generosity, we will be able to fast-forward to the remaining phases of building what will become the most unique climbing-gym & outdoor education/recreation center in the country. With multiple outdoor and indoor climbing routes, bouldering caves, rappelling platforms, sport-routes, as well as a family & community room, education lounge, and yoga studio – Silo City Rocks is going to quickly grow into a destination spot for families, corporate team-building retreats, civic organizations, children’s groups and swarms of avid & new rock-climbers alike!”

With all that is going on downtown, we might need yet another nickname for Buffalo. Could we actually be becoming some sort of “Fitness City?” Whatever works.

Wasting a year of his entry level contract on as measly 22 game audition… not smart. But this move makes terrific sense for two very important reasons:

Sorry, Rolston, but we need to get some crazy passion back behind that bench. No one is much crazier than Patrick Roy. That guy is money, and has “Stanley Cup” written all over him.

Mark Twain may have spent just 18 months of his life living in Buffalo, but for over 100 years, historians had his life here all wrong. Prepare your righteous Buffalo rage for long-since dead people. From the Buffalo News:

“In 1913, Twain’s first biographer, Albert Bigelow Paine, wrote that he and (his wife) Olivia ‘did not mingle much or long with the social life of Buffalo.’ Paine called Twain’s writing during this period ‘a retrogression,’ and added, ‘On the whole the Buffalo residence was mainly a gloomy one.’”

Subsequent biographers accepted that analysis and conjured up more negatives, said Reigstad. In ‘Mark Twain: Man & Legend,’ published in 1943, Delancey Ferguson wrote, ‘The bleak, sunless Buffalo winter dragged on, and all the high hopes with which Mark had embarked on his undertaking at the Express faded out in the universal grayness.’”

Thomas Reigstad of Kenmore (and professor emeritus of English at SUNY Buffalo State) has just completed his take on Twain’s time here. His lifelong research is revealed in his book, “Scribblin’ for a Livin,’” and it reveals the true story of Twain and his family in our Queen City.

It wasn’t all bad. Twain was a “rock star” here.

Someday, the truth about life here in Buffalo will be finally known in this country. Or, maybe it won’t. Still, at least we finally got Twain right. Even if it did take a century.