The longest holdout in history has come to an end.

Society Has No Hope 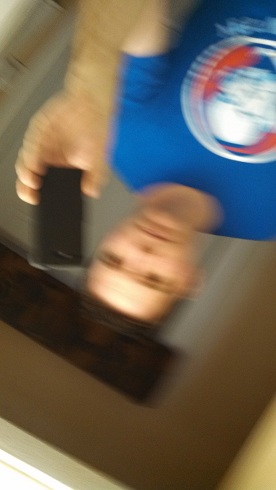 We’re friends and we’re in the same room together. I’m telling you the devastating story of the time my brother cradled my dog Rex in his arms, brought him up to me to pet him goodbye before taking Rex to the vet to be put to sleep. You never once look up from your cell phone and offer a half-hearted, “Yeah.”

I call you on the phone and you don’t answer it, even though I know that phone has never once left your hands. You take it with you to pee. You use it at funerals to change your fantasy football lineup. You watch your phone more than you watch the road.

I am left to envision a scenario where you’re in a lion’s cage and there’s a lion in between you and your phone. You’re trying desperately to get past the lion to answer my call.

That’s probably not true. You just don’t want to answer your phone because I called you and didn’t text you. You don’t talk to people on the phone. It’s too much effort. You once talked to someone on your phone and almost died from it. They said, like, 8 things. You had to sit there and listen to them talk. You’re about to throw up now just thinking of it.

You don’t own a cell phone and you watch everyone else own a cell phone. You witness the complete lack of human interaction. You watch concerts through the phone of the person in front of you because they’re holding it up to film a video they’ll never watch. You see a woman pay for something at the grocery store, take one step forward from the register, and then pull out her phone to check and see who liked her picture on Facebook during the 4 seconds the cashier was scanning her Luna bar. You pay for your items and try to walk by this person because you’re in a bit of a hurry but, she’s blocking the door because Jen posted something stupid under that picture and now they’re all totally LOLing.

I’m either going to walk into an open elevator shaft while texting a picture of a squash that looks like a penis, or I’m going to get run over by a car while playing Temple Run. It’s inevitable.

I used to get 4 phone calls a month. One was from my Mom and three were from the Policemen’s Benevolent Association.

With a cell phone, I’m wildly popular. WGR went off the air and my brother sent me a text that said “WGR is off the air” and I sent him a text back that said, “I know! LOL” and he sent me a text back that said “Pool or a pond” and I pressed the Google microphone icon on my phone and said, in my best Carl Spackler voice, “Pool or a pond” and my phone brought up a ‘Caddyshack’ video link and I sent that link to my brother, via text, and he sent an ‘LOL’ text back and my Dad used to rebuild boat engines in our driveway.

I hate what I’ve become. I feel like Keanu Reeves in ‘Devil’s Advocate.’ See! My phone is already turning me into a horrible person. I just referred to the movie ‘Devil’s Advocate.’ I knew I’d become this thing I loathe. That’s why I held out so long.

If you need me, I’ll be using my phone to check to see if you’re left a comment on my phone article.

Greg Bauch is a hypocrite and the author of ‘Frank Dates’.