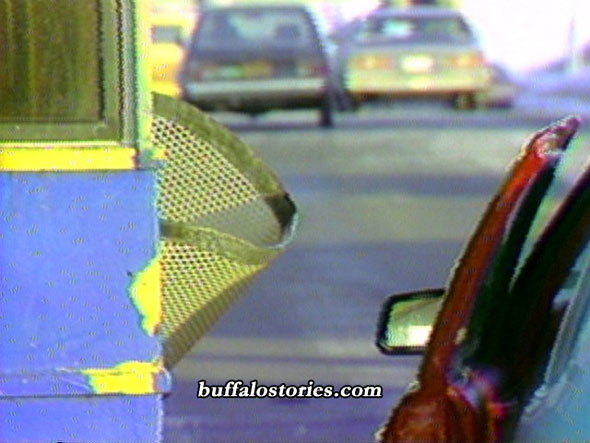 18 year olds probably don’t remember people tossing quarters into the basket at the Black Rock and Ogden toll booths. They don’t even remember the toll booths being there.

Yesterday I was speaking to a class of high school kids, mostly seniors. One of the reasons I’m a successful public speaker has nothing to do with public speaking, per se. It’s my firm belief that no matter who the person or people are, we are equals.

Whether you’re a wealthy and powerful leader, or a kid trying not to doze off in 3rd period, we’re all on the journey of life together and we all have the opportunity to impact one anothers’ lives. I try to connect with people through shared experiences and perspectives… and, well, that hit a bit of a wall talking at Pioneer.

When a 16 year old asks you about your greatest experiences in journalism, and as you start to talk, you realize this kid was in first grade when Hurricane Katrina struck, so there’s an impromptu explanation of why that story was important, and then why I covered it, and then my story, then—… to hell with it. “I met Katy Perry before she was a big star.” (Actually, I wish that I would have thought to share that story.)

No matter how or why you are speaking in front of people, if you want to convey your message directly and thoroughly, you have to keep your audience in mind. Why is any of this relevant? I’ll be teaching a class of mostly college freshmen starting in a week-and-a-half. They are basically the same kids I was talking to yesterday.

I have to learn pretty quickly to limit my pop culture and current events references to the last 8 to 10 years or so. Thinking about that, and that “incoming college freshman” list that Beloit college puts together every year, I started to think about the local pop culture touch stones for my students. I’m probably missing a lot, but here’s the list off the top of my head.

1.) Byron Brown has been mayor for as long as they can remember. He became mayor when they were in fifth grade.

2.) The Bills have never been to the playoffs. They were 3 for Home Run Throwback. Not only do they not know Jim Kelly as a player, they don’t know Doug Flutie. They might not even remember Drew Bledsoe. They were 8 when he left.

3.) Niagara Falls, USA has always had a casino, and never had a mall or festival of lights.

4.) Unless they were on the roads a lot before the age of 11, most probably have no idea that there were once tolls at Ogden and Black Rock on the 190. And they’ve never seen anyone throw quarters into an exact change toll booth.

5.) Bon-Ton has always been Bon-Ton and Macy’s has been Macy’s since they were 10– so maybe they remember Kaufmann’s. They might know the name AM&As, but only because some old person in their family calls Bon-Ton “AM&As” for some reason.

6.) They’ve never been asked “smoking or non?” at a restaurant in New York State. Smoking was banned in restaurants 11 years ago here.

7.) They remember the old days when the Sabres played at “HSBC Arena,” but don’t remember any other names or buildings. The Bills have always played at “Ralph Wilson Stadium,” never Rich.

9.) They have never seen an Irv Weinstein newscast, but probably don’t remember the Empire Sports Network, either.

10.) There has always been a Tim Hortons on every corner, and they’ve always served sandwiches and/or ice cream.

11.) They’ve always been able to read the Buffalo News online.

12.) There was another Governor Cuomo?

13.) Just about every ride at Darien Lake has always been there.

At the risk of sounding old and cranky, I really do have underwear older than these kids.