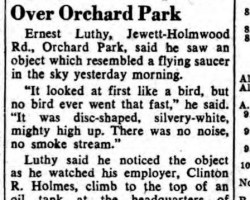 A quick visit to… UFOs in Buffalo

A joking paragraph in 1951 Courier-Express article

Are we alone out there? While many of us still ponder that question, it’s no longer a question that receives the sort of mainstream media attention that it once did. At some point, we stopped thinking of UFO sightings as news. Maybe it was around the time society started thinking of people who see UFOs as fringe kooks. But through the 1950s and 60s, everyday people made reports– and those reports were in turn, put in print.

Here are a few of those reports from Buffalo area newspapers. They show the cross-section of opinion with a mix of straightforward reporting, sensationalism, and skepticism.

Since conspiracy theories abound,  rest assured the only edits made to these images were, in some cases, taking the date and name of the newspaper from the page on which the story occurred,  and resizing it and pasting it to the top of the story. Nothing else was changed from the microfilmed copies of the newspapers.

This story was about DC, and made no mention of Buffalo. 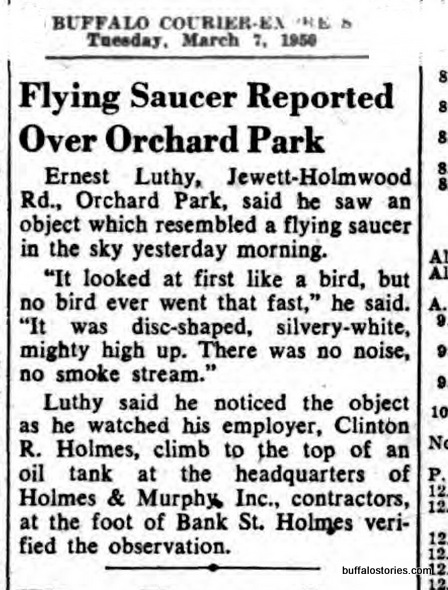 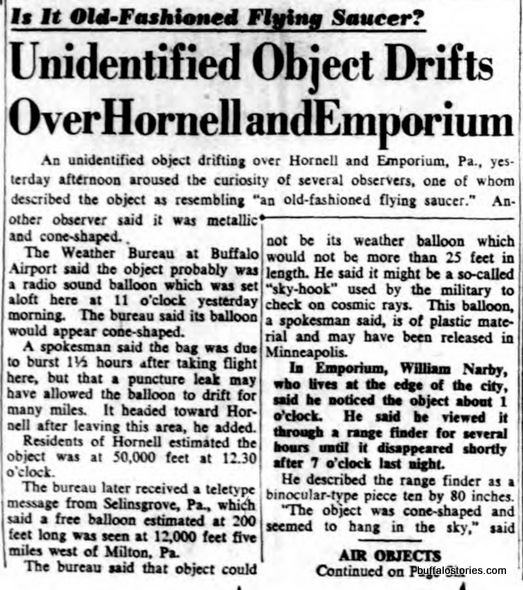 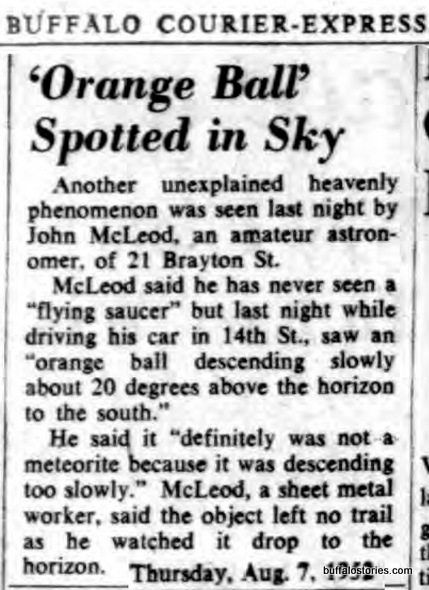 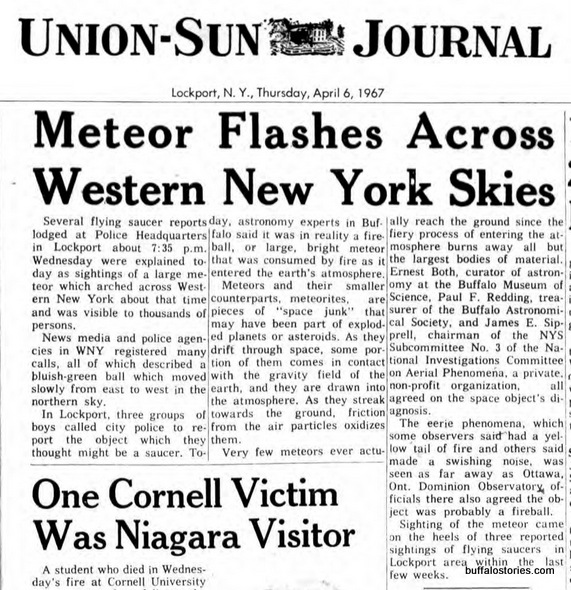 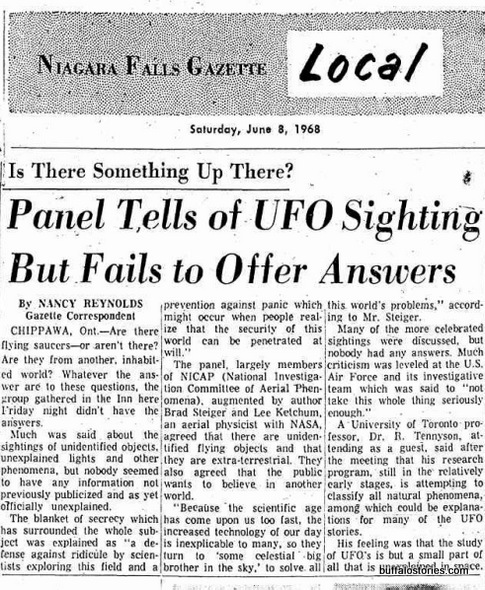 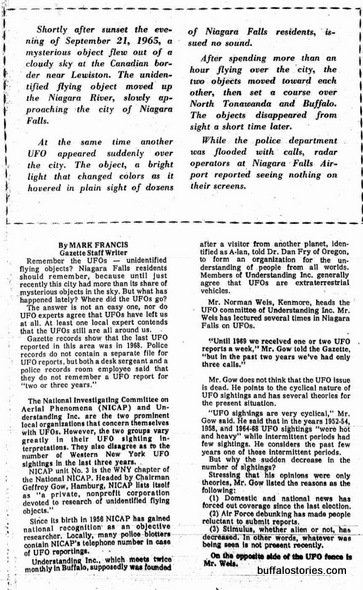 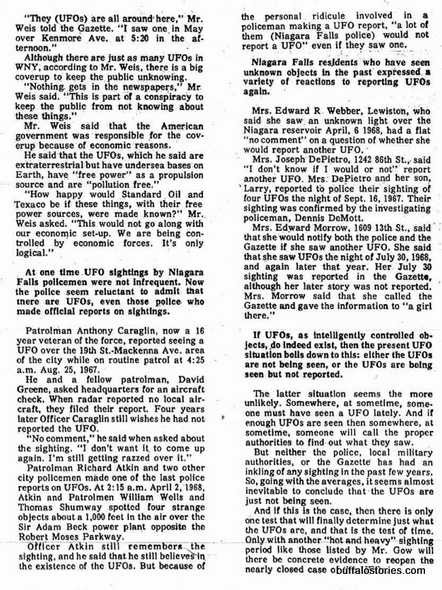