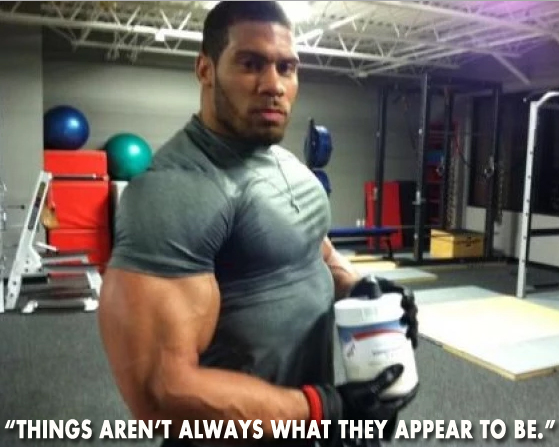 (Editor’s note: Mixed into a rambling narrative about the current state of affairs in the NFL loaded with historical and pop culture references, Mr. Brutal makes some football picks. Why does he call it the “War of 1812 Football Prognostication”? He likes history, he’s Canadian, Bob Gaughan is American and includes his picks as well.)

Hold on to your chaps! In truly shocking news, Colts’ Safety LaRon Landry was suspended last week for violating the league’s substance abuse policy. We better sit down to better deal with this very disturbing development.Landry’s response: “Things aren’t always what they appear to be.”

Thanks for that Jean Paul Sartre. We will consider your statement in the context of “existence preceding essence” and within the contributing realms of facticity, absurdness, angst and despair before assessing authenticity.Upon reflection, the mercurial Mr. Landry may indeed be correct, and his guilt or innocence is an existential concept that cannot ever be truly answered. However, his biceps have a larger circumference than fire hydrants.Last week, the Texans lost a Led Zeppelin II, side two, track one overtime of a game to Dallas that really hurt. Houston scored 10 points in the final 2:27 to tie it up, watched the Cowboys miss the game winning field goal at the end of regulation, and then fell anyway to another three-pointer in overtime to lose 20-17.However, we took the Texans in this game and covered the 4 point spread anyway. Part of it was faith in the Houston defense and all-purpose, all-world Tasmanian devil-whirling dervish defensive weapon J.J. Watt who just missed fragmentizing Tony Romo on two plays that were pivotal to the Cowboys’ victory.

Part of it was our admitted bias against the Cowgirls and the fact that Texans’ majority owner Bob McNair doesn’t appear to be quite as big a Summer’s Eve reservoir packet as Dallas head honcho Jerry Jones.

The game result was especially depressing. The Texans, like the Bears, 49ers, Steelers and Packers before them had stacked the stands with boisterous supporters. Their fans had no shortage of cheap tickets available for purchase from the thousands of Cowboys’ season ticket holders whose loyalty to “America’s Team” waivers somewhere in the zone between Mata Hari and Ephialtes of Trachis. It got so loud during Cowboys’ offensive possessions that QB Tony Romo had to adopt the silent count.

To lose a game like this was especially galling for the Dead Cow Heads and their crest-fallen fans. They lost bragging rights as the top professional football franchise in the No Women’s Rights Lone Star State, and are bound to be affected by this ignominious loss this coming Thursday.

Although massive blowouts by home teams are usually the norm on the NFL Thursday Night Cash Grabs, the Texans just don’t have the offensive firepower to follow the command directive of Captain Jean-Luc Picard and “Make it so.”

The Indianapolis Colts should feel comfortable indoors in the almost-a-dome NRG Stadium.

They played well last week against the Ravens, and a couple of careless turnovers made it closer than it should have been. They also didn’t seem to miss their starting free safety and second leading tackler.

The aforementioned LaRon “Jon Pall Sigmarsson” Landry was serving the first game of his four game suspension for his understandable ignorance in mixing pasteurized with unpasteurized Bhutanese Yak Milk and ingesting it without realizing it violated the NFL’s ridiculous and complicated substance abuse policy.

Andrew Luck is clearly the better quarterback compared to Ryan Fitzpatrick, and although Fitz went to Harvard, Luck graduated from Stanford, so their pedigrees are at least equal.

The Colts continue to improve this season and win in a battle between equine-related team nicknames.