As a fan of the Bills, yesterday was tough to stomach.  But it can’t even crack the top 3 on our list of heartbreaking, soul-crushing Bills/Pats games since Tom Brady… 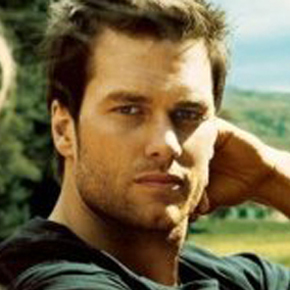 5 Most Devastating Bills Losses To Patriots in Brady Era

As a fan of the Bills, yesterday was tough to stomach.  But it can’t even crack the top 3 on our list of heartbreaking, soul-crushing Bills/Pats games since Tom Brady took over the reigns in New England.

The game turned on the overturn of a ruling that David Patten fumbled after making a reception after five minutes of overtime.

Patten caught Tom Brady‘s pass at the Bills 41, where he was hit hard by Buffalo’s Keion Carpenter. The ball popped loose and was recovered by Buffalo’s Nate Clements.

Referee Mike Carey determined by a video review that Patten’s head was out of bounds while the ball remained loose under his leg.

Antowain Smith broke the game open on the ensuing play, bouncing off the pile and down the sideline before he was pushed out of bounds at the 3, setting up the game-winning kick.

“It’s their job to make the calls,” Patriots coach Bill Belichick said. “We can just control how we play. If we got a break on the call, great.”

“I didn’t know where I was. I could have been in Czechoslovakia,” Patten said. “I thought I let the team down, but the replay was one thing that went our way.”

“I don’t believe it’s the right call,” guard Ruben Brown said. “It’s a fumble. I could see if the guy was out of bounds and came back in. This guy was never all the way out of bounds. Strange call.”

Carey, the referee, said the video review was “indisputable.”

“The ball was loose in the field of play, and while it was in contact with the receiver’s calf, his hit (was) out of bounds,” Carey said. “By rule, if a loose ball touches anything that is out of bounds, it is itself out of bounds.”

It was a game in which the Patriots (2-2) produced 580 total yards, forced six turnovers and avoided their first three-game losing streak in 10 years.

“Down 21-7 and on the road, backs against the wall, and I thought we showed a lot of heart,” Brady said. “That’s what this team is made of. And we’re going to battle until the end, I know that.”

Brady finished 22 of 36 for 340 yards and three touchdowns, plus one rushing. The 580 yards was the fourth-most in team history.

The 45 points in the second half were the most in franchise history and fourth-most in NFL history, according to Elias Sports Bureau. In addition, they were the most by a team trailing at halftime since the Giants in 1950, Elias said.

New England cut the lead to 17-14 with 2:52 left in the third quarter on Brady’s 17-yard pass to Kevin Faulk after Buffalo went for it on fourth-and-1 at the Patriots’ 7-yard line and the line stopped Willis McGahee for no gain.

“That felt great,” Patriots nose tackle Vince Wilfork said. “The fans got into it and we got into it.”

McGahee wasn’t sure what was happening.

The New England Patriots are showing no mercy to any opponent, not even the Buffalo Bills, a team for which coach Bill Belichick has publicly expressed affection.

Scoring touchdowns on their first seven offensive possessions and getting the eighth on a turnover, the Patriots won their 10th straight game, routing Buffalo 56-10 Sunday night. Brady and Moss, ready to rewrite the NFL record books, led the romp.

Brady was 31-for-39 for 373 yards with five TD passes, four to Moss, as New England became the 10th team since 1970 to start a season 10-0. The way they played, they appear unbeatable, and barring injury are an excellent bet to become the NFL’s first perfect team since the 1972Miami Dolphins.

“Can this offense play any better? Of course we can,” said Moss. “With all 11 guys executing, there’s no telling what we can do.”

It was the ninth time in 10 games New England won by more than 17 points and the ninth time it scored more than 34 points. The Patriots did it coming off a bye week after their only close game of the season, a 24-20 win in Indianapolis in which they came back from a 10- point deficit with less than 10 minutes left.

They also did it against a Buffalo team that came in 5-4 with four straight wins.

A year after being sidelined with torn knee ligaments, Brady resembled a rusty game manager more than the invincible record-setting quarterback who guided the Patriots to a perfect 2007 regular season. Yet, he threw two touchdown passes in the final 2:06 as New England beat the Buffalo Bills 25-24.”I felt good all night, we were just off,” Brady said. “The plays we needed to make — fourth downs we missed, third downs we missed, two chances in the red area, the interception — those things really get you behind the 8-ball. We recovered with just a few seconds left. Sometimes it happens like that.

Brady needed help in the form of Leodis McKelvin‘s fumble on a kickoff return after the Patriots pulled within five points.

Placekicker Stephen Gostkowski, of all people, recovered at the Buffalo 31. Brady needed three plays before hitting Benjamin Watson over the middle for the decisive 16-yard touchdown with 50 seconds to go.