After a total of ten goals in 137 games for the Sabres, Ville Leino is going to leave. At roughly .07 goals per game, quick math says that if you wanted… 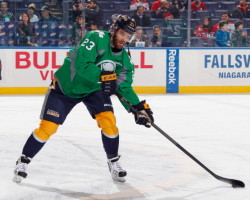 After a total of ten goals in 137 games for the Sabres, Ville Leino is going to leave.

At roughly .07 goals per game, quick math says that if you wanted to see Leino score in person, you needed to buy a ticket to fourteen games to give you a decent shot.

How bad was he?

The ten players listed below were all busts or, at the very least, non-factors for the Sabres and every single one of them put the puck in the net with more frequency than Mister Six Years Twenty-Seven Million Dollars (and none of them cost Trending Buffalo a thousand bucks.)

We strongly disliked most of these guys but Leino makes them each look like Gilbert Perreault. (Click a player’s name to see his career numbers.)

You likely hated Kozlov with the fire of a thousand suns but it doesn’t hold a candle to how much Kozlov detested every second he spent as a member of the Buffalo Sabres. Still, he was infinitely better than Ville Leino.

We thought Bob Sauve’s kid brother was a flash-in-the-pan-slash-bust for the Sabres back in the early 80’s. Ville Leino had not yet redefined bust. 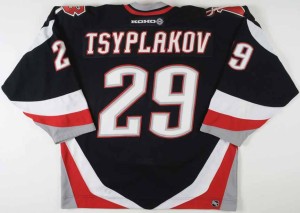 This blue-collar nothing had more heart in his Belarusian pinkie finger than Leino has in his entire oft-“injured” body.

Remember how Boyes never scored for the Sabres? He scored twice as often as Leino.

You’d be better off drafting Norm Lacombe in the first round AGAIN than letting Ville Leino spend another moment in your locker room. 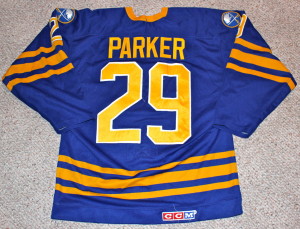 Even Jeff Parker’s family doesn’t remember that Jeff Parker played for the Sabres. Compared to Leino, he was dominant.

Hamel had a lengthy pro hockey career– playing primarily for teams like Rochester, Binghamton, and Adirondack. VILLE LEINO STOLE $27 MILLION FROM THE SABRES.

This guy wore Pat LaFontaine’s number 16 while Patty’s body was still warm, did nothing with it, and still goes down as a more productive piece of Sabres history than stupid Leino. 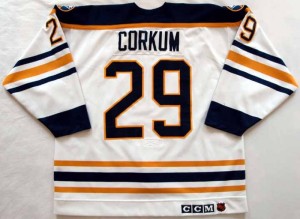 Sucked for the Sabres TWICE… but never as badly as Ville Leino.

Tries hard, accomplishes very little and gets paid next to nothing to do so? Cool.

Still, he’s scored about as often as our boy Ville Leino.