This is not the atrocity you may have thought you witnessed. 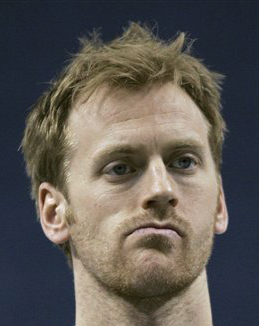 3-0 in the preseason! Suffering schmuffering.

We don’t have to give the 2013-14 Sabres season the death sentence before it has even committed a crime aginst us. Here are 6 reasons why.

With Mikhail Grigorenko sure to be on the roster and Zemgus Girgensons and Joel Armia contending for spots, there are going to be some fresh faces (read: guys the fans don’t hate yet) atop highly-skilled athletes out there on a nightly basis. Most of Larssen, Flynn, Porter, Tropp, McNabb, Pysyk, and Ristolainen will contribute. Old is bad. New is good. And, hey, Hank Tallinder’s back! He’s the old kind of new.

2. BUT RYAN MILLER’S STILL HERE WHICH IS… GOOD

Yep, he’s been around for awhile and more than a few fans are ready to move into the unknown with Jhonas Enroth as the go-to guy between the pipes. But Miller’s performance has been statistically consistent– ranging from “pretty good” to “excellent”– since taking the starting gig in 2005-6. Although last season’s GAA was the highest it’s ever been, it’s not exactly a trend. In a year with so many new parts up front, it’s nice to have a good idea of what you’ve got in net. And don’t forget how many people were “ready” for Todd Collins in 1996. It was “time to move on from Jim Kelly” and the Bills spent (at least– c’mon EJ!) the next 16 seasons searching for a competent replacement.

“[Terry Pegula] has been in search of creating a Stanley Cup Champion– that has not changed. In fact, that has been reinforced. That is stronger than ever. It may require some suffering. I love the opportunity. I understand what we’re talking about here. I understand our fan base and I would like to think that people will give up some suffering in order to win a Stanley Cup.” –Sabres GM Darcy Regier, 4-29-13.

The equation was stolen from a slightly controversial Huffington Post piece on Generation Y and it applies 100% to fans of a team like the Sabres. Remember this gem?

That one sucked and the front office has learned from its experimentation in this realm. Now, tell the fans they should be prepared to suffer, be decent, and watch how it works.

PLEASANTLY SURPRISED = Mediocrity – “It may require some suffering.”

And, if the team is actually any good…

It’s the difference between being told “you won’t feel a thing” versus “this is really going to hurt” just before being punched in the face. If the punch turns out to be a slap (.500ish team semi-contending for a playoff spot) or, remarkably, the gentle caress of an enjoyable season, won’t we all be thrilled?

The addition of the Red Wings, Lightning, and Panthers to the division coupled with a playoff format that involves wild card teams mean that the discussion of who’s getting in and who’s not will be framed differently. Sure, the goal is still to get into the “top 8″… but not really. Putting a new twist on the way we talk about the playoff push should at least help to ward off that “we’re experiencing the same season again” feeling.

5. YOU MAY REMEMBER THEM BEING BAD BUT THEY WERE ACTUALLY MEDIOCRE

In 48 games last season, the Sabres earned 48 points– lame but not horrendous. Medium? Average? Sure, but not the atrocity you may have thought you witnessed.

Even with realignment, 16 teams get into the playoffs and only 14 don’t. Mathematically, a team’s odds of playing in the postseason (53.3%) are actually better than the odds of just winning its opening game (50%). Let’s Go Buffalo!