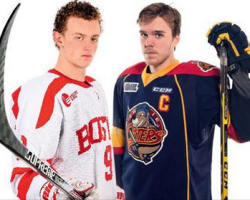 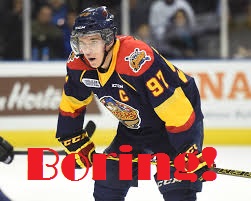 What kind of idiot wouldn’t take both McDavid and Eichel? Sure, one of them is good, but it’s not like both of them wouldn’t be better. We lost games on purpose for two years. Shouldn’t we try to get better?

I know what you’re thinking, “Greg, the Sabres will only have one of the top two picks. Not both.” Well, if you don’t think it’s a good idea to get both McDavid and Eichel, you obviously haven’t been watching hockey very long. McDavid and Eichel are both very good. I’d like the Sabres to have both of them. I can’t understand why more people haven’t mentioned this as an option.

It’s all contingent on the Sabres winning the draft lottery and the rights to draft Connor McDavid #1. Getting Jack Eichel from team #2 is possible. Here’s my plan:

I think it’s a fair offer. Losing your pair of cornerstone defensemen will hurt, but so does losing every meaningful game you’ve ever played for 45 years. With McDavid and Eichel, you don’t need Sam Reinhart. Dylan Strome can be your third-line center.

Crap. I forgot to mention. We’re also trading up to get Dylan Strome. Here’s my plan: 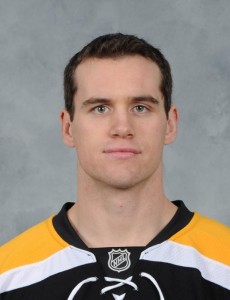 Why you hatin’ on Paille?

Right now you’re saying, “Greg, you’re a stupid idiot and I hate you. The team that can draft Jack Eichel isn’t even picking up the phone.” Well, you’re wrong. The caller ID will say “Buffalo Sabres.” They’ll think you’re calling them to offer a McDavid-for-Eichel trade. That’s when you bull them over (is it “bull” or “bowl”? I like “bull”) by saying, “Hey, how would you like our first-round draft pick for the next eight years along with our two best young defensemen?” They’re not going to hang up the phone. Then, you throw all of that other stuff in.