Yesterday afternoon, we jokingly asked a question. The answer was “of course it does.” Which was right, until it wasn’t. You see, Ville Leino ($4.5 million salary, ZERO goals) netted… 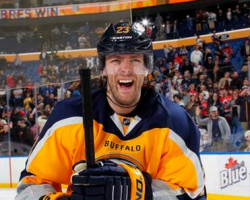 The Joke’s On Us– Leino Scores… But Not Really

The answer was “of course it does.”

Which was right, until it wasn’t.

Let’s just say a few people were curious as to whether the #LeinoLotto had come to an end. Click the image to enlarge. 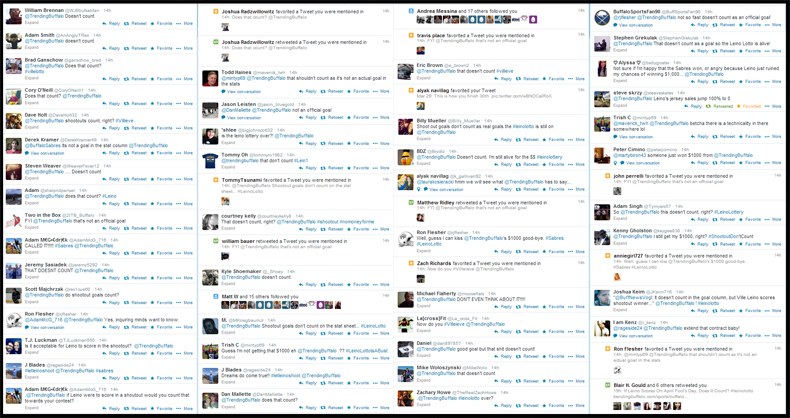 After a hastily-convened #LeinoLotto committee meeting, we issued our official ruling.

We even considered doubling our bet… until we remembered three things.

So, it’s game on. If Ville Leino fails to score a goal by the end of the season, we will give away one thousand American dollars to one lucky entrant in the #LeinoLotto.

Leino: “I wanted to score for (the fans) and they gave me a little extra effort there.” http://t.co/mVXcl025XF pic.twitter.com/NkdA7fkVpM — Buffalo Sabres (@BuffaloSabres) April 2, 2014