Time to mount a comeback.

Sabres Can Bounce Back From “First Period Deficit”

For many reasons (some of them explainable, others not so much), the Sabres gave me a renewed sense of hope with yesterday’s loss to the Penguins.

Time to mount a comeback.

After earning 13 points in the first 16 games of this 48 game season, the Sabres trail at the end of the first period.

Here are  4 guys who give them a great chance to win this thing in the end. 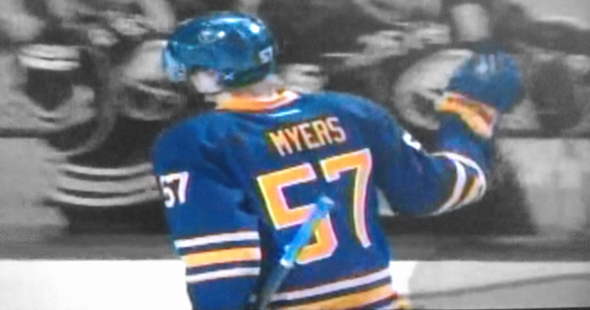 There was more of the Myers that the team needs in the last 2 games than in the first 14 combined. He needs to stop thinking (perhaps because thinking isn’t really his thing) and just play. Don’t spend too much time pondering why it takes a stint as a healthy scratch to draw out Myers’ instincts. It does. It did. And, at least for now, he’s back.

Nobody reasonably expected that blistering 2.5 points per game pace to hold up over a full season but its fair to ask the team’s best offensive player to look and act like it on a nightly basis. So far, so good. Keep him healthy and he’ll be at or near the top of the league in scoring.

Let’s stop worrying about labels. Phrases like “elite” and “greatest in the world” lead to unnecessary debate. The goals are consistency, focus, and passion. Every night, the Sabres go into action knowing that they’re good enough at the sport’s most important position.

He’s doing what he came here to do. He’s a veteran presence who brings energy, wins draws, and chips in with a fair amount of offense. He’s the quintessential “makes the guys around him better” type of player that every team covets for the purpose of helping a squad through tough times.

Awaiting the start of the second period…