Will Pegula Live Up To His Promise?

Terry Pegula’s “reason for existence” quote gets thrown around all the time but the one about “financial mandates” is really the money shot.

The beauty of this concept is that the Sabres were immediately elevated to the status of “big market franchise.” Sure, this means keeping your stars, outbidding others for free agents, and hiring any coach/GM/staff combo that you think gives you the best shot at a Cup. But with a salary cap in place, there’s only so much that can be done about the talent level on the ice.

FACT: The advantage of having a deep-pocketed owner pays off only when the limitless supply of money is coupled with creativity.

Gone are the days of bemoaning the Flyers/Rangers/etc. use of loopholes in the CBA to gain a competitive advantage. Welcome to Hockey Heaven, where loopholes are your friend!

Exhibit A from TBN’s John Vogl:

A trade to watch for involves amnesty buyout candidates. Each team can get salary cap relief by buying out two players over the next two summers, and the Sabres may use owner Terry Pegula’s wealth on other teams’ unwanted players for a draft pick or prospect.

“You can acquire a player and buy him out if somebody wants to pay you enough to do that, some other currency other than the dollars,” Regier said. “Whether it happens or not, it’s one of the options.”

An example from Lyle Richardson at Spector’s Hockey:

For example, if the Philadelphia Flyers were to package Daniel Briere (assuming he waived his no-movement clause) with a pick or prospect to the Sabres in return for a cheaper player, a draft pick, a prospect, or any combination of those three, the Sabres would then buy out the remainder of Briere’s contract, either with one of their own amnesty buyouts, or via the regular buyout process of two-thirds the remaining value of the contract spread over twice the remaining term.

Briere would then become an unrestricted free agent, and ineligible from re-signing with the Sabres for a full season following the buyout.

The compliance buyout period begins tomorrow night and lasts through July 5th. It caters to those capable of endless spending and comes with absolutely no consequences. It’s like the NHL created a special holiday just for the richest guys in its club!

If the Sabres aren’t examining the value of stepping into every potential buyout situation and saying “can I write a check to make my team better?“, they’re not living up to the “no financial mandates” promise of Pegula Day. 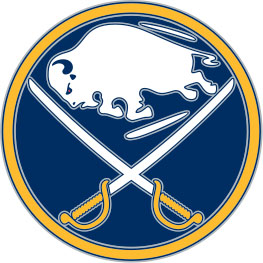