Well, that was something, huh? 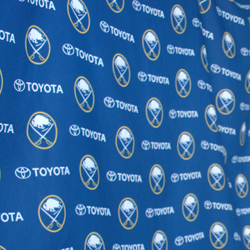 Wrap-up: Press Conference Of The Year!

Well, that was something, huh?

Ted Black and Darcy Regier met with the media for a heated, squirm-inducing press conference to finish off the 2013 Sabres’ season.

We rarely recommend sitting through an hour or so of this type of thing but we’ll certainly make an exception this time.

HEAR PRESS CONFERENCE IN ITS ENTIRETY.

Twitter was fast and furious as the event transpired. Now that we’ve had a little time to process it, here’s some of the reaction.

Every radio station in the world should have pre-empted Jim Rome today for that #sabres press conference.Amazing stuff.

Amazing. This should have been a shameful moment for management and TBN’s lack of professionalism hands them the fans support. Well done. — The Outlander (@MattyRenn) April 29, 2013

Only way the #sabres presser could have gone worse for the team is if they had started blaring “Better Days” at the end.

Sabres press conference in haiku… Darcy’s teams may lose / But look at all our draft picks! / Suffering ahead — Brian Donley (@Beer_Baby) April 29, 2013

So you’re telling me there’s a chance.

I have sooooo many Sabres shirts and hoodies. I don’t even think I came close to wearing half of them this season — Chelsea (@chelydash36) April 29, 2013

This is what’s known as timeliness.

And, that’s why the @buffalosabres didn’t hold a season-ending presser last year. #sabres