Two sisters are arguing in front of their babysitter. The 9-year old sister is watching her favorite television program while the 6-year screams and cries because she wants to watch… 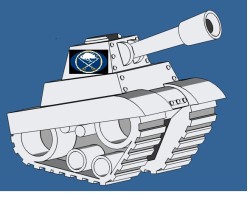 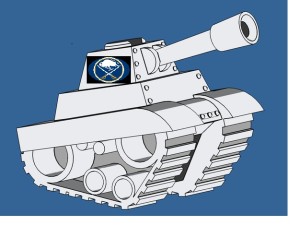 Two sisters are arguing in front of their babysitter. The 9-year old sister is watching her favorite television program while the 6-year screams and cries because she wants to watch something different. Eventually, the babysitter gets sick of the noise and grabs the remote to appease the younger sister.

I wouldn’t say this scene perfectly describes a hockey team that is rewarded for being terrible, but I feel like the 6-year old watching it happen. This has been a strange hockey season in Buffalo. From my observations and conversations, I can tell that the divided fan base feels dirty all over.

There is the ‘Tank for McDavid’ crew, passionately embracing the poor play and losing streaks in hopes of something great on the horizon. They are Sabre fans who want the team to get the first or second overall pick in the upcoming NHL draft for a chance at elite prospects Connor McDavid or Jack Eichel.

Other fans cannot get behind the idea of their team losing for any reason. They want the Sabres to win every game they play. Crazy, right?

I fall into a subset of both categories: Fans who think it would be awesome to get a fun prospect but still can’t resist their natural urge to want their favorite hockey team to win. Being this fan makes it hard to watch games. I feel so filthy. In fact, I haven’t watched many games at all this season.

I check the scores more than I have at any point in my life, but that’s just to monitor the “Tank”. I’m a filthy tank piggy. I’m both obsessed and disgusted by it at the same time. Before I fall asleep, I’ll refresh nhl.com scores on my phone a couple of times to make sure that Edmonton gets the car into the garage and gets a point by skating Detroit into overtime.

I get excited when Eric Staal comes off the IR list. I hate Eric Staal. He doesn’t even have eyebrows! Watching Carolina play a hockey game and rooting for them to win is like eating a yogurt and hoping it has gone bad so you get unbearable stomach cramps. What have I become? It’s a sad existence.

The biggest problem I have with “The Tank” is the idea of what it must mean to Sabre players. I can’t imagine working your entire life to get to the NHL only to find out that your fans want you to lose. The fans aren’t being jerks; they just want great things for their team down the road. What the fans really want is for each Sabre to suck eggs, lose every time they take the ice and, if it’s not too much trouble, make their losing entertaining in the process. Also, players, if you could not suck next year, that’d be great.

I keep imagining scenarios where a player goes out to a bar after a tough loss and has to hear from a well-meaning but belligerent drunken fan about how much they enjoyed the loss. I know the players get paid well, but this isn’t sports. Sports is ‘The Miracle on Ice’, impossible comebacks and buzzer-beating shots. It’s not lottery balls.

I think, if I played for the Sabres, I’d dig deep for wins. Each goal I scored would be a big middle finger. As it stands, I’m only a dirty fan sheepishly ignoring a fish in my fish tank as it swims sideways, hoping it dies soon so I can just flush it down the toilet.

Part of me wants the team to finish in 25th place, get a decent pick no one has ever heard of and allow the prospects in place to slowly build the team back to a credible place. This part of me doesn’t want to feel filthy, like I’m purposely falling down in a parking lot for a payday.

The other part of me doesn’t mind being dirty. That part wants my hockey team to be the one everyone talks about.

In a way, the season offers a win-win situation. If the Sabres finish in last place, hockey fans in Buffalo will have something exciting to look forward to for years to come. If the team finishes out of the bottom two, I’ll consider it a win for a bunch of players who have to be pretty sick of hearing about a kid who will take their job.