The Bills got blown out by the Patriots on Sunday.  That kinda ruined my Sunday afternoon. Now, it’s Wednesday.  The 2-2 Bills have moved on and are preparing for a…

I’m In a Bad Mood and It’s Your Fault 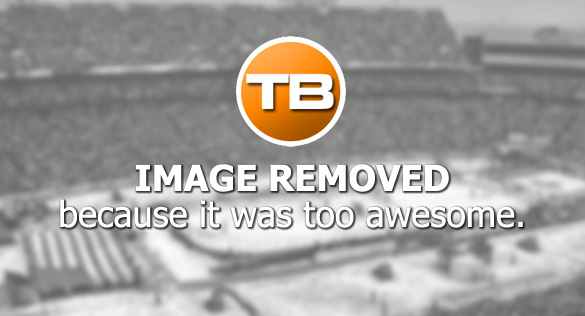 “… BUT ONLY IMMEDIATELY FOLLOWING VICTORIES!”

The Bills got blown out by the Patriots on Sunday.  That kinda ruined my Sunday afternoon.

Now, it’s Wednesday.  The 2-2 Bills have moved on and are preparing for a road game against the 3-1 Niners.

The “fans” have not.

I get it.  You buy the tickets and the jerseys and pay $30 to park your car at the stadium.  You get to say and do whatever you want.  I’m not here to tell you how to think.  If I don’t like what I’m hearing, I can tune you out.  I can avoid Facebook and Twitter.  I can unfollow or unfriend you.  I can skip your blog posts.  I can put down the newspaper.  I can change the station.

But I don’t think I should have to.

Call me crazy (and you will) but I consider myself a Bills fan because I like the Bills.  And while I’m not oblivious to the two blowout divisional losses that they’ve already suffered, here’s what I see.

Here’s what I expect to hear back.

These retorts have existed since Betsy Ross knitted the first football.

The thing is, they’re supposed to come from the PEOPLE ROOTING FOR THE OTHER TEAMS.

Do whatever you want.

I like the Bills.  You’re not going to stop me.

I give them as good a chance beat San Francisco on Sunday as I gave the Cardinals of winning in Foxboro in Week 2.