More like ROCKtober amirite gu[hit by baseball bat] 5. What’s That Smell Honey OH GOD The Amigone funeral home in Tonawanda is thinking about relocating its crematorium. Residents are a… 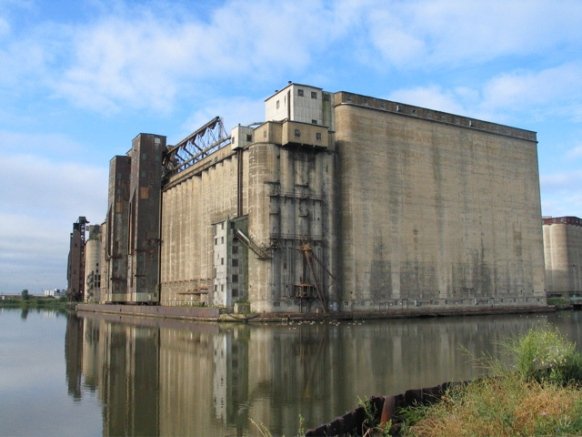 The Amigone funeral home in Tonawanda is thinking about relocating its crematorium. Residents are a bit put off because they are pretty sure they can smell the thing working. The dumb factor in this is two-fold:

Calling it a crematorium: We can’t find a better name for this place? It sounds like there are evil clowns pulling on the levers there.

Really with the smell: It’s the 21st century you can’t drop a filter on that stuff as it comes out? That “stuff” being your dead uncle’s old body. Yeeesh.

Good news. When it’s dark outside, you can’t see this.

4. Look We Can Shine A Flashlight At The Grain Elevators Can They Stay Up Now PLEEEEEASE

No. Also, The Eiffel Tower is an iconic structure. The grain elevators are abandoned, rotting hulks. Eyes on the prize, people.

3. Good News: The Furnaces Aren’t Causing The Odor! Bad News: Y’all Got Glass Up In Your Lungs 🙁

You can’t win ‘em all folks. Pick your poison.

I’m not discounting that these worms can cause real damage or that people who suffer the damage require federal assistance. I just think we have to have a different phrase than “Disaster Area.” Normandy after D-Day = Disaster Area. You’re county has Army Worms = Kinda just a nature thing.

Do fans of the New York Islanders even know there is a lockout? Has anyone told them?