ABC wins. Chris Harrison wins. I thought I could outlast them and hate-recap this show until the glorious day that it finally got cancelled, but I can’t. It lasted far… 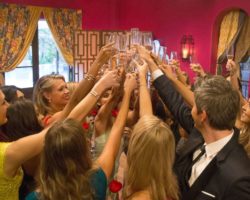 I Quit. This is the Last Ever Bachelor Recap. It’s Over.

ABC wins. Chris Harrison wins. I thought I could outlast them and hate-recap this show until the glorious day that it finally got cancelled, but I can’t. It lasted far longer than I ever could have imagined. This season is so bad that I can’t take it anymore. This is the last Bachelor recap.

I would never be so self involved to think that anyone actually cares. There are still a dozen or so people still reading these, so I’m sorry if this is bad news.

I have been recapping this show since 2002, the second season with Aaron Buerge as the Bachelor. Keep up! It started as a 4-person email group with friends and then found a home on the website of the radio station I worked for, WGR Sports Radio 550.

Some of the highlights of the years are as follows:
My favorite recap ever – Comparing Sean and Catherine’s wedding to various tortures.
Hating Bachelorette Ashley H. and enjoying every time she cried.
The stupidity of the entire Juan Pablo season.
The one-armed girl jumping off a building.

WGR has since cleansed all Bachelor evidence from their website, so this is the earliest known evidence of my recaps. You can read the old ones here or throughout the archives of Trending Buffalo. Thanks so much for reading down this far. I love you.

If you’re interested, here’s the small portion of the episode I recapped.

Arie cast aside some more girlfriends last week, about as warmly as a boa constrictor coughs up the bones of a ferret it just ingested. This piece of shit is the worst thing ABC has dragged into the spotlight, and if you’ve ever read a single one of these recaps before, you know that is not a small statement. He’s a creepy face slurper whose charm rivals most serial killers. I’ve had more fun watching a rash spread than watching this season, so let’s just get on with this garbage recap of a garbage show that no one is watching.

We begin at the Bachelor mansion. ABC shows us a bird. Then, Bekah jumps into a pool. Whoa, slow down, ABC. I can’t keep up! The other girlfriends are talking about how young Bekah is because she’s 14 years younger than Arie. The girlfriends think this is a big deal. They think it’s weird to date a girl who is 14 years younger than you. These girls do not think it’s weird to make out with a guy 3 feet away from 2 camera guys, a boom mic operator and a bunch of producers, 30 seconds after than man made out with a different girlfriend.

Chris Harrison comes in to tell the girls that they’re going to go to Tahoe. The girls all cheer because they love Tahoe. I think that’s in Arkansas. The girls run to a balcony and yell, “Tahoe, here we come!” I hope Tahoe heard them and closed its doors. 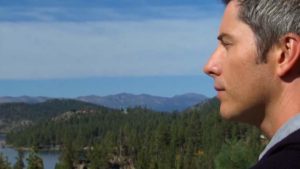 If the Bachelor aired and no one recapped it, did it happen?

We’re in Tahoe. Keep up! ABC shows a bear. Arie stands on a cliff and looks out over Tahoe while thinking about love. It’s easier to think about love when you’re looking out at trees and lakes. I remember I couldn’t decide whether or not I loved my wife until I was looking at a lake. Good thing she was patient.

The girls go in their cabin. There’s a Buffalo head on the wall. Chelsea talks about how this is the perfect place to find love. Buffalo heads are super conducive to love. They’re a natural aphrodisiac. Guys, if you’re ever having trouble closing the deal, whip out a Buffalo head.

Seinne gets the first 1-on-1 date. Arie picks her up in a van or something. As they’re driving away, Krystal remarks that she doesn’t think Seinne will come home and she’s glad about that. Krystal has been chosen to be the villain for this portion of the season and villains gotta vil.

Arie and Seinne go parasailing. They’re getting to know each other, you guys. M

Maquel gets a phone call. Those are never good. Maquel’s grandfather died. See, this is why you should never answer your phone. ABC is respectful and continues to film her as she receives this terrible news and cries about the loss of a loved one. They make sure to closely follow behind her as she packs her bags to go back home to be with her family. They’re giving her space as the camera rams up her backside while she carries her suitcase. This whole thing is fucking stupid.

First of all, Maquel didn’t just get a phone call as ABC happened to be filming her. They don’t video tape every moment. These scumbags found out her grandfather died and thought it would be good show content to reenact the phone call. This idiot woman is so desperate for attention that she agreed to go along with it. She found out her grandfather died, told a producer, and the producer set up a stupid, staged phone call scene. There might not even be a dead grandfather. Who cares? This show is just the worst. I’m done.

I don’t care who goes home. I’ve never cared if Arie finds love. I’m going to pet my dogs or something. 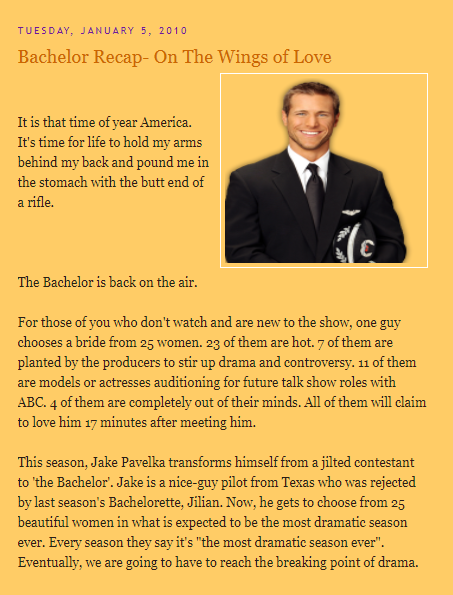