We heard from the grudgers, the unconditional lovers, and the in-betweeners.

Mixed Emotions Over Return of Hockey 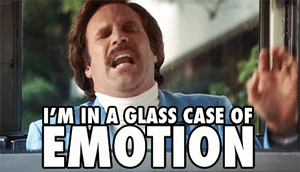 The NHL lockout is over and it looks like we’ll have real live NHL hockey in less than two weeks.

But this sports labor dispute was different. Instead of advocating for a side, most fans simply looked at the sheer greed of both sides with contempt.

So, we asked Sabres fans how they’ll handle a reconciliation.

“Are you going to take the NHL back with open arms… or hold a grudge?”

We heard from the “grudgers.”

WHO??“@trendingbuffalo: Are you going to take the NHL back with open arms… or hold a grudge? #Lockout”

@doll__28 @trendingbuffalo Hockey is dead to me.

We heard from the “unconditional lovers.”

@trendingbuffalo I will hug and kiss them like a weird uncle

@trendingbuffalo I’d only hold a grudge if I saw a * next to buffalo sabres 2013 Stanley cup* — Jack Gavin (@MrJacksonGavin) January 5, 2013

@trendingbuffalo I’ve been missing hockey so I’m back. I cheer for the from of jersey not the back…unless its grigorenko

@trendingbuffalo With Open Arms, I might even grab some merchandise so that Players and Owners can be happy with my money #Lockout — Kevin Herlihy (@kherlihy221) January 5, 2013

But like most things, the truth probably lies somewhere in between.

@trendingbuffalo love to be grudged, but I’ll be like other sheep

@bradleygelber @trendingbuffalo im one of those tough ‘guys’. The lockouts made me so mad, but I miss hockey too much to not watch. #boo