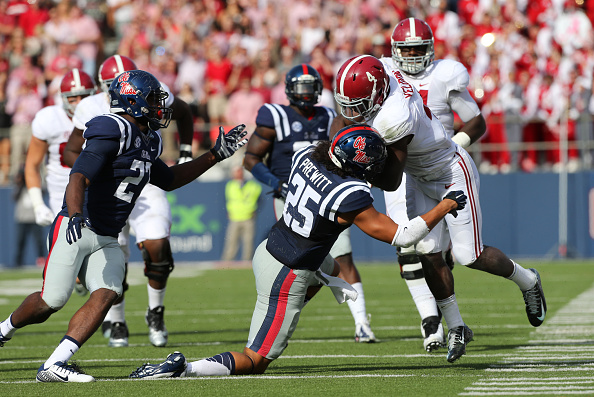 completed 25 straight passes in Notre Dames win over Syracuse in the Meadowlands. Still needs to throw with laces more often because it improves his velocity and accuracy. He started off slow vs Stanford but ended game strong with fourth down pass on fourth and 11 to improve Irish to 5-0.

looked slow in pocket vs USC. Any pressure screwed up a play he can’t move at all. He threw a pick six in the first quarter.

on the field I love his presence in the pocket. He has great poise with pressure around him. Showed this in the NC State come from behind win. Has to overcome the FSU QB as a NFL QB debate. Ponder and EJ aren’t helping his case.

one scout this week said “ Everyone loves Hundley and hates EJ Manuel but they’re the same player.” Hundley had shown improvement until the Utah game. He took too many sacks (10, yes 10 sacks at home vs Utah) and his pocket presence was poor. The Utah game led credibility to the EJ comparisons.

was starting to get talk for Heisman and in draft circles after a hot start to the season. It’s a shame he broke his leg vs Utah State.

worst game of his career in the win over Texas.  He was only 7 of 22 for 111 yards. His Heisman hopes might have took a hit.

came out this week and admitted he is off to a bad start to the season. Injuries to his ribs and ankle have slowed him and he doesn’t look as explosive as last year. He did have over 180 yards in the loss to Kentucky.

I like him. He made a great catch in the upset win over UCLA. Very explosive guy that had seven catches over 50 yards last year. His father was Rams WR Flipper Anderson.

still see some scouts that rate him as best WR in the draft even though he won’t play this year. He’s big and he knows it, will out jump smaller corners for the ball. Dismissed from Missouri after several drug arrests and pushing and 18 year old woman down stairs. After Ray Rice will teams touch him?

was held to only four catches vs Washington and followed up with another poor game vs Notre Dame. The conditions were poor but still too many drops.

not impressed with his game against Washington– Hau’oli Kikaha had a great game. Going back to USC game he got help from TE chips. Bends at waist too much, needs to bend at knees better.

had his hands full against Shane Ray and Missouri. Ray beat him for a sack and had consistent pressure.

start watching him more that La’el Collins. I’m not impressed with Collins and think that Hawkins is the better prospect.

could see how much team missed him in loss to Indiana. He rebounded with consistent pressure in upset win in South Carolina. Gary Pinkel has consistently said that Ray and Golden are better than Ealy and Sam.

great athlete that is helping Wildcats have a great season so far. He stood out last year on a bad defense. His interception return for a TD gave the Wildcats the upset win over South Carolina.

star of the game vs Stanford in spite of losing effort. Scored a TD on a fumble recovery. Like he played safety and contributed against run. Versatile player the NFL will love.

he didn’t impress me with his performance against Gurley and Georgia. Some scouts think he’s over-rated. Was credited with 17 tackles but many way down field.

didn’t think he had a great game shedding blocks vs Vols either. He did have a key sack

scouts love his versatility to play in any scheme. He can play inside or outside LB.  Big, fast and explosive guy. Had a solid game vs Texas A&M.

thought he had a good game vs Ty Montgomery of Stanford. Montgomery only four catches for 29 yards.

ended the Nebraska rally by intercepting Tommy Armstrong in last 30 seconds. He’s one of the best DB’s in the country.

showed how he is a big hitter in the upset of Alabama. He laid out QB Sims near the sidelines. You want a big hitting safety he can be your man.

maybe the best safety in the draft but had a very poor game vs Ole Miss. He got burned in the fourth quarter on a TD and more.