Hurry-up offenses deny him his birthright of allotted airtime 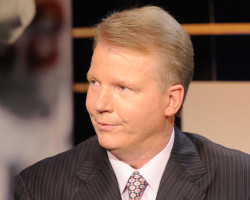 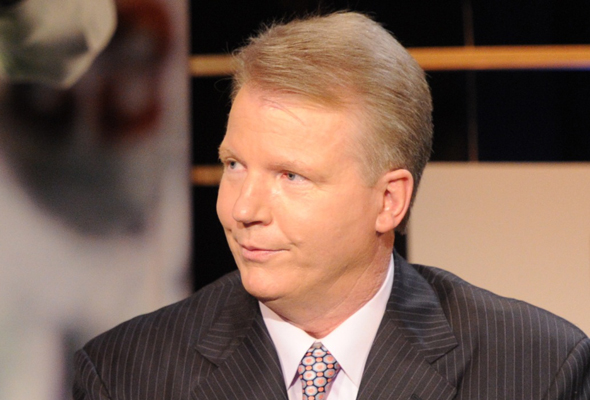 Remember that class you were sitting in back in high school, the last one on a Friday afternoon before a nice three-day weekend? You and all your friends had big special plans– a huge concert from your favorite band,  a big party, a camping trip, a sure thing date with a girl you had previously thought was beyond your station in the high school hierarchy? And you all couldn’t wait to get out the door to get things started.

Now the teacher had explained earlier in the week that she was going to give you this dreaded, huge, boring,  time-consuming major term assignment in the class on Friday, and a huge portion of it would have to be turned in first thing Tuesday morning.

But the teacher has been in a good mood today. She’s been distracted herself by her own plans for the weekend and has shared her thoughts and traded small talk with the class for the whole period. Absolutely no lesson has been taught or curriculum discussed. The whole one hour and fifteen minute class has functioned as a spare.

Many of you are aware that the issue of the monster term paper has not been mentioned, and are counting the last few torturous suspended minutes to emancipation. Many of you exchange knowing looks as the seconds tick down to the last school bell of the week.

It rings loudly, the sound of freedom. The teacher opens the door to the already crowded hallway.

Three quarters of the class are on their feet, books in hand, heading for the open door. You can see all the other inmates outside the class, streaming down the hall for their lockers. The excitement of the upcoming holiday weekend means the din is much louder than normal.

The teacher is standing by the door talking to the first student about to escape, laughing loudly, saying something cliché and carefree like “Don’t do anything I wouldn’t do! Ha, Ha, Ha… now everyone have the best weekend ever!” You are five or six feet away from liberation, but need to squeeze by this kid or politely push him with you out into the teeming human-fueled artery of clatter and clutter where, with the cunning of Houdini, you can disappear in mere seconds– anonymous to the world of the classroom and immune to any futile, past-posting vocal recall by this teacher if she by some cruel chance suddenly remembers the order of the day and tries to deliver your homework orders.

Just as you are about to step past the temporary human obstruction into the human highway of freedom, a voice from the middle of the classroom:

Her hand casually moves across your chest and bars the doorway. She whispers to you to wait for a second.

“Didn’t you forgot to give us our mid-Term project instructions?”

There is a uniform choir-like groan from the classroom, a couple of exasperated gasps. For you, time stands still as you gaze wantonly over the teacher’s arm into the untethered morass of students and their accelerated shifting towards the school exits. Anticipation evident in abundance with every expression, movement and voice, you start to feel slightly faint.  Blood has left your brain; you feel the life force temporarily draining from your face. You think that if you could look in a mirror at this point, you would actually see what the word “ashen” looks like in reality, a descriptive word you had often read but never comprehended before this epiphanous moment that has been thrust upon you.

The teacher politely moves you back into the classroom, shuts the door and speaks:

“Thank You! Thank you for reminding me! A least one of you is on top of things! I don’t know what’s wrong with me. This is what happens when we get away from doing our required work and goof off. Now everyone back in your seats. This’ll only take a couple of minutes to hand out and explain– your weekend plans can wait that long. Now stop the griping and moaning, you only have to do about 20 pages of outline for Tuesday which will take maybe 12-16 hours of research if you’re efficient. That won’t take up your whole long weekend. Good thing my favorite little diligent curriculum monitor spoke up or we couldn’t have started this project until next week!”

That voice that spoke from the middle of the classroom, the diligent little curriculum monitor who spoke up?

That was Phil Simms.

No individual color commentator gives us that mind-numbing, fingernails against the slate chalkboard, Chinese water torture migraine headache more consistently or quite as relentlessly as the #1 Guy on the CBS Network.

Yes, Phil does his homework alright, and then spends the entire broadcast trying to regurgitate every little factoid his gerbil-geared brain can recall or stroke off the “War and Peace” thick stack of notes on his clipboard.

This is all conveyed with his patented Boy Scout from Tennessee delivery and nausea-inducing, humorless drone. His voice has the resonant range and comfort level of the audio test signal that accompanies the multi-colored test pattern on an off-the-air television channel.

The Boy Scout is always “prepared”. If one of his multitude of vague predictions or observations appears to be bearing rotten fruit later in the game, he flips the page and takes the opposite point of view, checking off as many alternate reasons why something actually happened without ever mentioning that he was the one who predicted the opposite would result earlier.

Predictably, each broadcast, he will utter these words to the audience and his current partner Jim Nantz about some aspect of the game:

“Well, we talked about it… this just shows blah, blah, blah…”

No Phil, WE did not talk about it– and your broadcast partner 9 out of 10 times contributed zilch to the conversation as well.  YOU talked about it, non-stop, and a hundred other minor points, many of them contrarian to the latest “Road to Damascus” moment that seems to have infected your conscience as you speak to us. But since you have covered all the bases and the bullpen as well in your ever-broadening canvas of picayune possibilities,  you can give this meaningless “WE talked about it” epilogue to absolutely anything pertaining to the game.

No sane person cares that you have the longest NFL-sanctioned and required pre-game meetings with the teams, and talk to the most coaches and players of any broadcaster, taking copious notes on the minutiae and the irrelevant, then retch them out at such a pace so as to make the non-discerning members of the audience believe you must know what you’re talking about (since you infer that you have been following the two teams playing that day on a personal basis all year, and possibly since their inception into the league.)

Phil has a lot of legacy issues, a mixed NFL playing career, the horrible play of his first few seasons, losing the starting job on numerous occasions to Scott Brunner and Jeff Hostetler. His career benefited heavily from the Giants’ Defense and Lawrence Taylor which gave him turnovers and field position. A Super Bowl MVP, but no serious Hall of Fame consideration for Phil, denied the second Super Bowl win by injury, fate and coaching decisions.

We can also thank Pollyanna Phil for starting the most cloying corporate product placement tradition in American history. After winning the Super Bowl he conjured up that forced smile, grinned, and delivered his over rehearsed, yet still poorly delivered line:

There is one thing that can get Captain Dullsville riled up– any criticism, fair or foul, of his two sons and their very average careers and journey to the pros has been known to set him off. Once he almost came to blows with some citizen’s critique of one of his son’s quarterbacking efforts in a high school football game:

“Simms!!! Get out of the game! You’re only slightly more effective than your father!”

He used to appear on the Don Imus Radio Show every Monday giving bland, unoriginal and meaningless summaries of the previous days NFL games. Imus and Simms always referred to each other as best friends on the air. When shock jock Imus got in all that trouble for his unsurprisingly tasteless remarks regarding the Rutgers Women’s Basketball team, Phil, sensing controversy, immediately avoided him like the plague, and offered no comment one way or the other.  When Imus got back on the air, he mentioned how he couldn’t get his previous regulars including Simms back on his show– “You really find out who your real friends are!”

Phil also has a lot of niggling issues regarding QB Eli Manning on the Giants. On the various talk shows he hosts or appears on, he nags away about Eli not being an elite quarterback anymore. He likes to point out that he, himself ,”Phil Simms” has two Super Bowl rings, and that two Super Bowl starts, wins and rings shouldn’t solely be how Eli is assessed or cloud the judgment of his current performance– especially if you only really have one yourself, since you never, ever mention that Hostetler started and won the second Super Bowl, and that second Super Bowl ring you like to wear is only marginally more legitimate on the wearer’s finger than the one Vladmir Putin shows off .

This criticism wouldn’t be so stupefying, except that it seems out of character for the Eagle Scout since he seldom takes a firm stand on anything except the predictable, company line stance on the most obvious issues. It is readily apparent that as more of Phil’s Giants records are eclipsed by Eli, Phil gets more concerned that he will be forgotten or his accomplishments minimized,  and these shallow evaluations are a pitiful attempt by an insecure fading figure pathetically trying to influence the overwhelming and unstoppable weight of history.

When Phil started broadcasting, network executives were concerned that Motor Mouth was too serious, dull and sleep engendering; according to an internal leaked document he tested “zero charisma” with focus groups. They tried to give him some personality by copying the “All Madden Team” feature of rival John Madden. The result:

“The Phil Simms All Iron Team”

The feature would involve Phil giving players some meaningless award after the game based on some lame criteria that no sane person can remember or care about– neatest and best pressed street clothes, the individual who adheres most to the Emily Post doctrine of etiquette and proper manners… or probably just playing well. The “winners” received some stupid, cheap mock-up statue of a clothes iron.

Apparently, the idea refers to how Playboy Phil used to bring his own portable iron on the road with him during his playing days to take care of his own clothes. This was an attempt at self-deprecating humor.

Other intriguing inside dope regarding Bon Vivant Simms’ habits during his playing days:

Usually, the listener doesn’t care after awhile. There is a therapeutic anesthesiology at work here. We subconsciously realize that for the most part Phil is:

Listening to Phil Simms will induce sleep at some point, especially if the listener has been indulging during the game or the game is duller than normal.

There is also a hypnotic trance caused by his incessant flow of surplus loquacity, and always the possibility, especially if the listener is clinically depressed, that Phil’s bureaucratic barrage of red tape and accounting auditor-inspired verbosity (relentlessly rendered in his unique Kentucky drawl version of iambic pentameter) will drive the unwary listener to start a one person game of full chamber Russian Roulette.