Constant calls to fire Lindy Ruff leads to the question, if not Ruff, then who? We defined the five “must haves” for the Sabres next head coach. [read more] 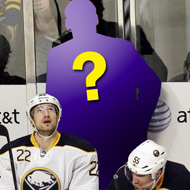 Who should replace Lindy Ruff?

Since 1997, when the Sabres installed Lindy Ruff as the replacement for popular head coach Ted Nolan, there has been a strong and vocal contingent questioning the decision.  In 2012, with the team missing the postseason for the third time in five seasons, the anti-Ruff sentiment hasn’t gotten any quieter.

Calls to get rid of Ruff lead to the question:  if not Ruff, then who?  Let’s try to realistically define five “must haves” for the Sabres next head coach.

Terry Pegula and company have been clear. They’re here to win the Stanley Cup.  With no time or patience for a rookie coach to learn on the job, the candidate should know the league inside and out and have already made and learned from his own mistakes.

The inclination might be to go with a guy who’s already won a Stanley Cup but the truth is that Scotty Bowman is the only coach to win multiple Cups in the past 20 years. So, since the road to the Cup involves making the playoffs and winning playoff series, it makes sense to look for a coach who’s shown he can do both.  Things to look for would include:

Not all relationships will thrive, but there should be a track record of getting the best out of players in the majority of cases.  Players should flourish under the coach, with some having career-best years while playing for him.   Since some rosters aren’t as stockpiled with offensive firepower as others, the coach should also have the ability to turn marginal talent into a productive, overachieving NHL squad.

The coach should have already earned the respect of players and the NHL’s ruling class — the guys who, for better and for worse, set the tone for how the league runs.  So, a coach with an NHL career and proven leadership on teams he played for would be a plus.  Success in international competition (World Championships and Olympics) would be another bonus.

Here’s a little secret that many sports leagues tend to forget. At the end of the day, all this stuff is supposed to be entertaining.  So for our sanity, the ideal coach would be at least somewhat engaging, not just another cliché machine.  Just think about the refreshing difference between the stylings of Dick Jauron and Chan Gailey.  The coach should have the willingness and guts to  speak out when he thinks it’s justified.  Buffalo eats that stuff up.

There’s nothing groundbreaking about the criteria established above but it’s helpful to lay it all out there.

Now, do you know of anyone who might fit?