Another day, another honor for #46 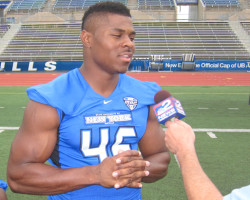 I’m trying to help you, Buffalo. I don’t want you to miss out on seeing one of the best players to ever come through town. That’s why I wrote a post with the following headline back in July. 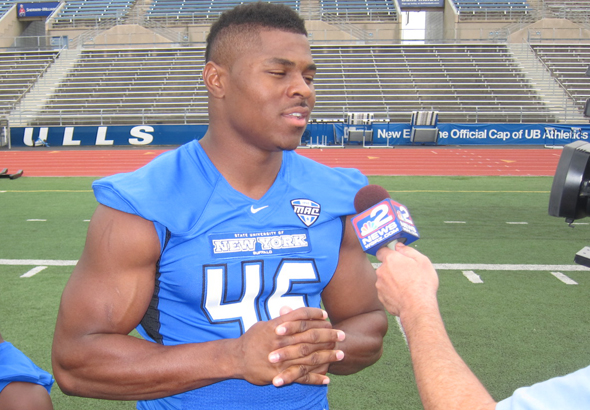 In September, after an incredible performance in the season opener against Ohio State, I gave you this one.

Buffalo OLB Khalil Mack has been invited to the Senior Bowl. Could have a Von Miller-like week down there in January.

The official press release from UB:

BUFFALO, NY –  The national honors continue for University at Buffalo linebacker Khalil Mack as he has been invited to play in the Reese’s Senior Bowl. Mack joins Gerry Philbin (1964) as just the second UB player to earn an invitation to the prestigious game.

“This is a special honor for Khalil, his teammates and our football program,” head coach Jeff Quinn said. “Khalil is a high-achieving person in his personal life, as a football player and as a student and I couldn’t be more proud of him.”

The Reese’s Senior Bowl will be played on January 25, 2014 at Ladd-Peebles Stadium in Mobile, AL.