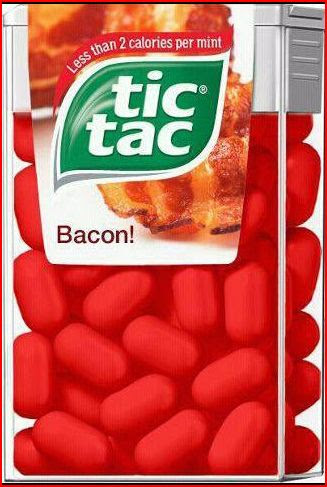 The Ferraro company of Italy has announced this week that they regret that their main product, Tic Tac mints has become a topic of conversation in the American Presidential campaign of 2016.

The company released an official statement this week explaining that their products are not designed to be used in the manner or purpose that Donald Trump touted them for in his now infamous video tape.

This goes especially for one of their newer varieties, “Bacon” flavoured breath mints.

In the 2005 tape, in case you haven’t seen or heard it ( lucky you ), Mr. Trump is caught explaining his sophisticated seduction techniques for wooing women and the company’s mints are cited as an invaluable weapon in his arsenal of aphrodisiacs.

Apparently, other people have come forth to confirm that the “Donald” is always popping Tic Tacs around women, especially just before he “Moves on them like a bitch!”

The Trump tape was also significant in that it showcased to the world that there was indeed a member of the extended Bush political family who will likely vote for the “Fascist Cantaloupe” in November. This is in the personage of a sniveling, smarmy, solicitous, heel nipping prancing terrier, Trump ass kisser, cheerleader and potential sex enabler Billy Bush.

The esteemed, highly respected investigative journalist & host of “Access Hollywood” has been suspended however from his current “Today Show” job for his part on the tapes. Too bad, …. Little Billy was just advancing the cause of male/female relations as apparently taught in Sociology 101 at Trump University or at least in the “apprentice intern” programme as taught on the fly from the master himself while riding the Trump bus.

Insiders say the “Bushy” will never be returning to his gig on NBC.

However, he’ll still get a huge severance package like those top Wells Fargo executives who were recently forced out of their jobs after they blamed their corporate fraud on 5,000 underlings who they had fired.

He probably won’t get quite as much money as former Fox News CEO Roger Ailes ( not surprisingly, especially in this election, now the top advisor to the Trump campaign ). The creepy sex predator and Jabba the Hut doppelganger received at least 40 million dollars from the Fox Corporation to go away while they pay off all the women employees he coerced, menaced & slobbered over for decades. 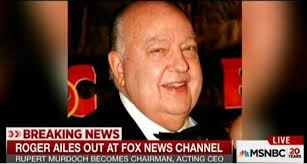 Ironically, generous severance package or not, one half of the pathetic “Locker room talk Lotharios” has lost his job, ……. while the older, supposedly more mature, intelligent one gets to keep running for President of the United States.

Tic Tac now joins a growing list of products, companies, musicians and organizations that have tried to distance themselves from the Donald Trump Presidential campaign. These include: Skittles, People with IQ’s over 90, The American Council for Variation in Adverb Use, Neil Young and the Organization for Responsible Hair Plug Management.

Soon to be joining Bushy and probably Trump on the loser train is San Diego Chargers’ head coach Mike McCoy.

The Chargers (1-4), blew another game in Oakland last week where they had a chance to salvage their season, but ultimately fell 34-31.

The Broncos (4-1), as we predicted, lost their first game of the year to Atlanta at home last week, 23-16. Rookie QB Trevor Siemian didn’t start that game, but should be ready for Thursday. Another rookie QB, first round draft pick Paxton Lynch, started the game. The ex Memphis Tiger played well in spots, but a few understandable mistakes, one interception & six Falcon sacks ruined his debut.

The Falcon defense overwhelmed the Bronco offensive line & the much vaunted Denver defense struggled covering running backs Freeman and Coleman on pass plays out of the backfield. The Chargers should be able to exploit that too with RB Melvin Gordon.

How can the Chargers blow another game? This is their last chance to salvage a season that is probably going nowhere anyway. However, QB Phillip Rivers is a competitor and has one more chance to beat an AFC West rival for the third time this year. This time it is at home.

This is the first time in fifty years that the NFL has had serious television rating issues. Part of that problem is these lousy Thursday night games that are played by exhausted teams coming in off three days’ rest. So, typically with these games, all things being considered, take the home team in a divisional game when getting three points.