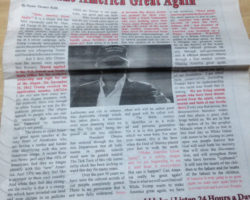 With one week to go in the election, it’s good to see that Donald Trump has received his second major newspaper endorsement this week.

After getting the endorsement of the “National Enquirer” (stop laughing, it’s real. One of Trump’s buddies owns the supermarket rag), Trump was endorsed this week by “The Crusader,” the main literary mouth piece of the Ku Klux Klan and it’s myriad of associated groups of related hatemongers.

The Trump organization quickly denounced the announcement ( They must feel victory is within their grasp, because for months they ignored these little distractions and often openly dog whistled these people’s support while riling up their base and expanding it to deliberately include more members of the alt. right ).

The issue isn’t whether Trump endorses the support of a single racist newspaper. The problem is that all of his policies appeal to them.

Despite all the difficulty in the history of racism in North America, when could anyone say that unequivocally about all of the policies of any single previous presidential candidate? Not maybe since Andrew Jackson, well over 150 years ago.

They denounced the KKK endorsement simply because they want to appeal to those mysterious individuals who still don’t have a clue how they will vote next week and want to feel guiltless when they cast their vote for the “King of Bankruptcies, Pussy Grabbing and Tax Evasion.”

The Donald is surging in the polls, thanks to a multitude of factors, many of which defy logic in an enlightened, educated society that once gave the world hope that democracy could spread and enlighten the concept of nation building in their countries as well.

A lot of this is thanks to a very flawed, weak Democratic candidate, a blatantly bias FBI Chief and an electorate that is angry, disillusioned, believes only in news sources tha agree with them, ….. and who skipped a lot of 20th Century World History classes in high school.

It’s no joke anymore. Trump rallies are looking more and more like Nuremberg get-togethers with each passing day ( Except those pre-WWII German rallies were more orderly, …. cultural stereotypes and all sometimes do apply ).

People are not only chanting “Lock her Up!” and “Make America Great Again!” …. but also “Lugenpresse.”

Many of these inexcusably ignorant individuals at these little demonstrations of collective, abhorrent human behaviour have taken to chanting this slogan at the reporters, cordoned off in their pen (ostensibly for their own protection) at Trump rallies.

The term “Lugenpresse” of course is German. It means “Lying Press.” The Nazi’s used it to identify the Jewish press in their propaganda and it came a popular chant and rallying cry for the brown-shirts. The term is considered so controversial and incendiary that it is banned from usage in modern Germany.

However, with the ongoing refugee crisis, this is being exploited throughout Europe. Neo-Nazi & other extreme Nationalist right-wing groups have been chanting and tweeting it all around Europe as more extreme & racist political parties continue to rise and take power. Places like Hungary, Poland, Austria & Croatia are now in the grips of right wing, “Nationalist” governments, some more dangerous & blatant about their intentions than others. Hysteria and fear threaten to put more extreme parties in power throughout Western Europe & Scandinavia in the coming months.

The “Brexit” vote in the United Kingdom is the least of Europe’s worries right now, but it should have woken everybody up to the current problem.

There are even worse things that a lot of Trump supporters are regularly chanting at his rallies, but we won’t dignify them by specifically mentioning them.

The press hasn’t been so much “lying” during this Presidential Campaign, but they have been woefully negligent. The “mainstream press” is really a lot more “Corporatist” than dishonest, and has been for far too long.

Their desire to harness ratings, please their sponsors, inadequately define the degrees & differences between various scandals along with their desire to cover everything with a false sense of equivalency has led us here.

Although we doubt the veracity of pretty much everything in the “Great Book of Ancient Middle Eastern Fairy Tales,” …. there are still relevant remarks, observations and philosophical truths that apply universally in time and space regarding the human condition.

“My dear friends, you have been warned ahead of time! So don’t let the errors of evil people lead you down the wrong path and make you lose your balance.”
2 Peter 3:17

One week to go. 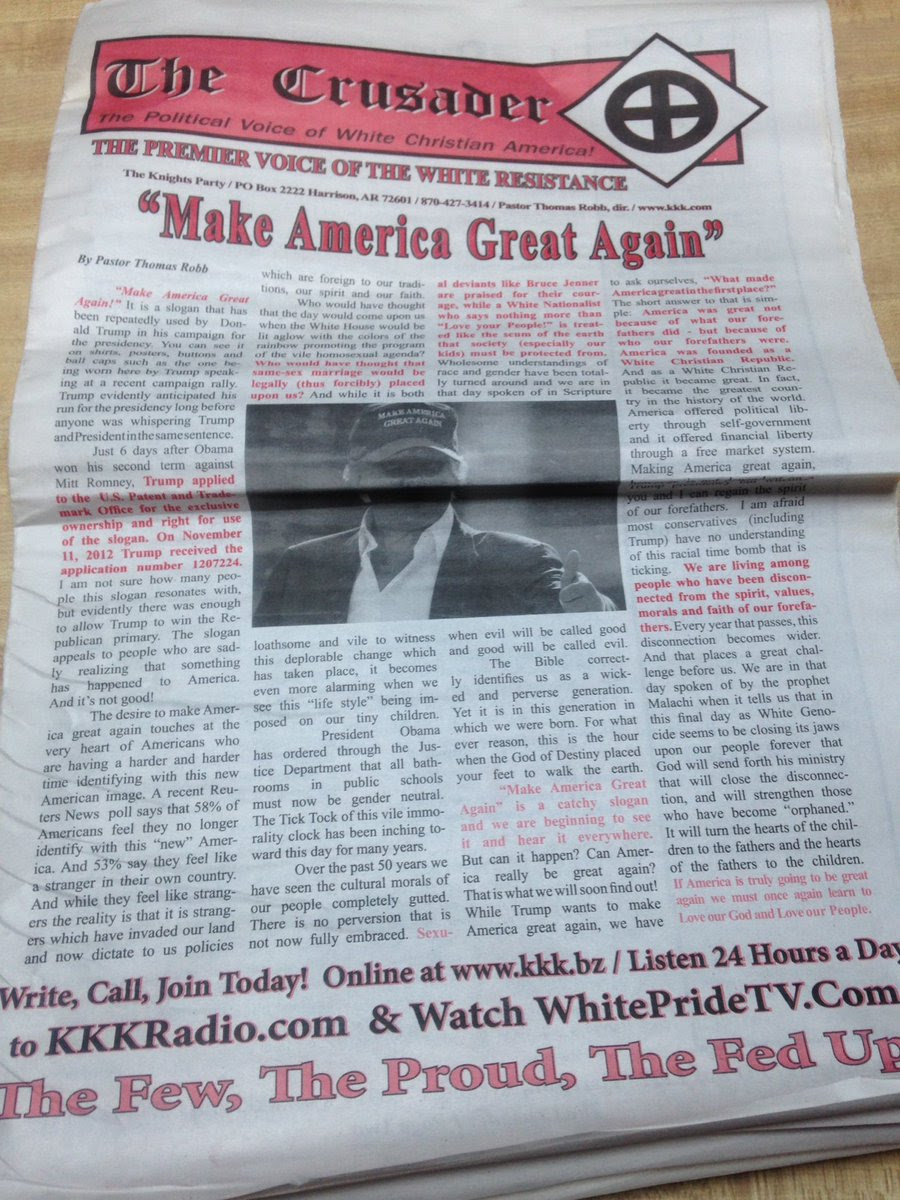 Somebody should warn NFL fans about the danger of watching these Thursday night contests. They may be worse for your health than following the election

The Tampa Bay Buccaneers could use some good luck this year, and maybe they’ve had some handed to them in this game.

As exciting and affirming as last week’s one point win over Green Bay was, we think the Falcons could be in trouble here. They laid it all on the line in a physical game at home last Sunday, where they prevailed over the Packers 33-32.

The Buccaneers went down at home, 30-24 in Overtime to the Oakland/Las Vegas Raiders and head coach Jack “Riverboat Gambler” Del Rio, who hasn’t met a fourth down & “Go For It!” yet that he hasn’t liked ( with the state of the silver & black’s defence this year, one can understand why ).

Tampa Bay needs this game to stay within one game of Atlanta, and although they were shredded for 600 yards by the Raiders, we think the banged up Falcons played the tougher game last Sunday.

The Buccaneers beat the Falcons in the first game of the season, 31-24. One would think that it goes against logic to think that Tampa will sweep the season series, especially the way they’ve been playing since.

However, we have had success taking the home team in these Thursday night affairs where overall play seems to suffer thanks to the short week. That means this should be a close contest, so we’ll risk backing QB Jameis “Captain Highliner” Winston, getting a positive margin of over a field goal.