Buffalo– the city where we assume the football team is eliminated from playoff contention… until the coach says it.

Why Did Chan Think It Was Over? 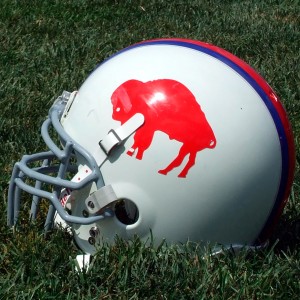 Buffalo–  the city where we assume the football team is eliminated from playoff contention… until the coach says it.

I distinctly remember something I heard in a WGR 20/20 sports update the day after the Bills lost to the Colts, falling to 4-7.

“The Bills need to win their last 5 and get help if they have any chance of making the playoffs.”

It stood out to me because there was no Wade Phillips-style “pretty much out of it” caveat. Win them all or you’re done.

By the way, it wasn’t true.

There’s a responsibility that comes with being the sports radio station in this town. The community looks to you not just for hunches and feelings but for facts around which the public bases its own opinion. It’s one thing to hear a talk show about how they’ll “never get in.” It’s another entirely to hear the anchor of  a (theoretically) fact-based “news” block mindlessly guess and make assumptions about things that simply aren’t factually correct.

When WGR reports that the team needs to win out, and then the team loses a game, the community at large should reasonably be able to expect that the playoffs are no longer mathematically possible. You see, WGR, when you say things, people hear them, believe them, and share them with friends. You drive the sports conversation around here. Please take it seriously.

During a Bills discussion on Friday, Mike Schopp asked Chris Parker, Paul Hamilton, and Jerry Sullivan if they had even looked at the possibility of the Bills still getting in. He was met with silence. I’m sure each has his reasons for purposefully remaining in the dark, but if not a single one of these guys is going to consider the facts when carrying on a conversation being broadcast to the masses, how can we expect the community to be informed?

Chan Gailey knew he “needed” to win on Sunday. Should the coach of a 5-7 NFL team clinging to slim playoff hopes take even a second out of his preparation time to consider how things will look if he loses on December 9th with three weeks left in the NFL season? Nope. Should someone in charge of talking about this team for hours on end sneak a peak at tiebreaker scenarios? Probably.

The morning after another tough loss, Chan Gailey still hadn’t crunched the numbers on playoff possibilities and went with the flow of a “we’ve got no chance” conversation. He corrected himself later in the day, as expected.

At the time, Gailey thought they were mathematically eliminated.

2.  None of this is meant “sour grapes” anti-WGR rhetoric. It’s what I’d say directly to any of the above-mentioned people, named and unnamed, and directly into a WGR microphone if I happened to have one in front of me. Then everyone would tell me I’m a crazy optimist. Then I’d tell them that it’s just math. Then we’d probably bet on something.