In Step 1 of my outrageous plan to bring Buffalo back to global prominence, I outlined how Mayor Byron Brown could spark a media and PR frenzy by proclaiming that Buffalo… 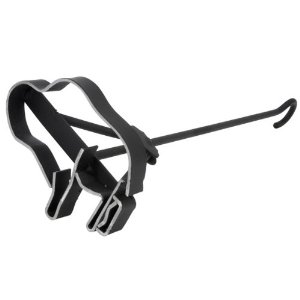 In Step 1 of my outrageous plan to bring Buffalo back to global prominence, I outlined how Mayor Byron Brown could spark a media and PR frenzy by proclaiming that Buffalo will be looking for royalty payments for the use of the “Buffalo” name as it applies to hot and spicy food.

To my knowledge he hasn’t done this yet.  But, for the sake of this series, let’s pretend he did.

My educated guess says that the mayor’s PR stunt would generate well over 1 Million media impressions for the city.  More importantly, it would get people talking about Buffalo and further strengthen the relationship between Buffalo and chicken wings.

Now comes Step 2.  It’s a big move and a BOLD one.  And it was all inspired by personal experience.

In 1992, I was a fresh faced kid that was determined to work at Disney World.  Luckily(?) I got the chance.  I interviewed with them, told them I was willing to do anything to get the chance to work there, and they took me up on my offer.  I had the “privilege” of being part of the Walt Disney World College Program in their Housekeeping program.  What this really meant is I had the “privilege” to clean 15 hotel rooms a day at the Yacht and Beach Club Hotels.  It was hard and dirty work.  Just the sight of one of those rooms makes me feel like a 1,000 lb. weight was dropped on my shoulders. 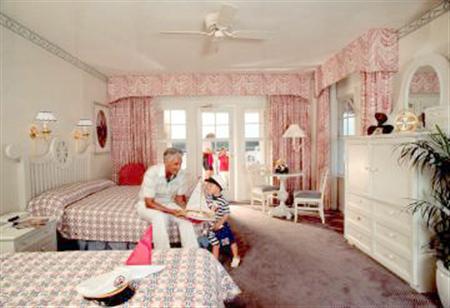 So what does this have to do with Buffalo?

The lessons learned during my time in the land of the Mouse are two fold.  It not only helped me appreciate Buffalo for the great place it is to live and raise a family, but Disney also taught me that when making a statement:

We humans are visual people.  We love seeing colorful, eye catching, larger than life displays of grandeur. That’s why we live in a world with enormous Vegas hotels, Jerry World and this: 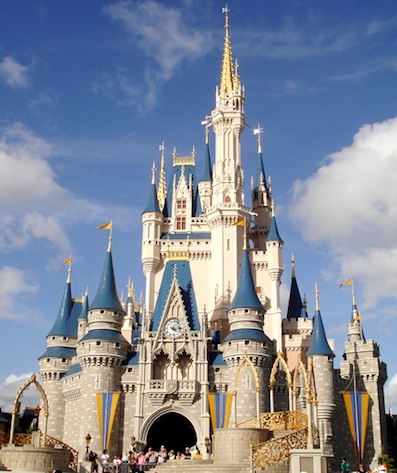 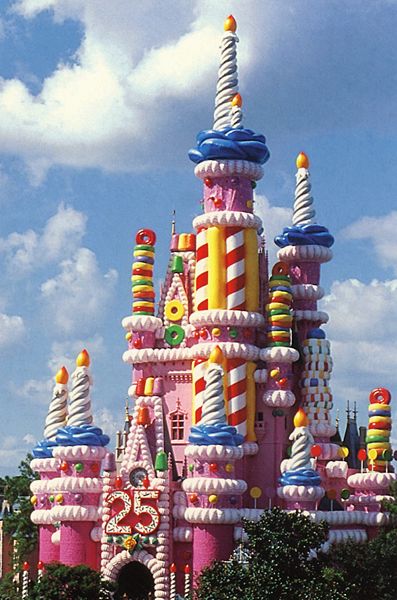 I’m sure it was controversial for the Disney brass, but people went nuts for it.  The risk was totally worth the reward.  People who had seen the castle 100 times before made special trips just to see the Cake Castle. It got tons of press, tons of buzz and made the 25th Birthday of the Park feel truly special.

How can we make Buffalo feel special and sought out by people around the world?

By transforming City Hall into a giant Chicken Wing. 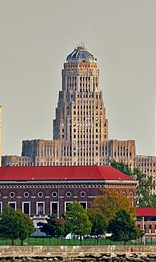 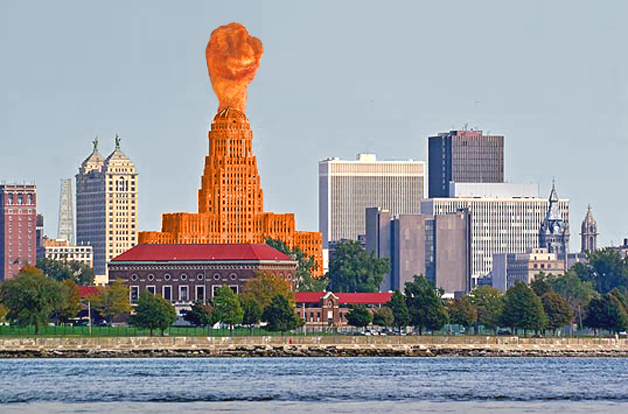 How’s that for a statement?

It’s big.  It’s bold.  And it shows that world that Buffalo is proud, and has a sense of humor.  And don’t worry, it’s just for a limited time. (Like pretty much everything else in the world)

Our country has built a entire industry out of giant road side attractions.  If Mayor Brown’s royalty stunt generated 1 Million media impressions, this would easily generate over 10 Million.

People visiting the Falls or driving across the country would find a way to swing by downtown Buffalo to see this incredible icon. And 9 times out of 10, here’s how it would go down:

Visitor A: “Look at that giant chicken wing. Cooooooooooooool!!!”

Visitor B: “Since we’re here we might as well stop and take some pictures.”

Visitor A: “Good idea.  Put those pictures on Facebook, I want to make sure my friends see this”

Visitor B: “Boy, taking pictures of giant delicious foodstuffs sure does work up an appetite.  Now I’m hungry for chicken wings.”

Visitor A: “Me too! We should totally get some!”

Visitor B (about an 1 hour later and $40 poorer): “Boy those wings were good.  I can’t believe how nice the waterfront is here.  I had no idea.  We should totally come back and go to that new children’s museum.”

See how easy that was? We just need to totally think BIG!