Podcast: Play in new window | DownloadSubscribe: RSS | More(If you haven’t heard the recent radio commercial from Kenny Carpets, use the player above to listen.) We’d like to take a…

(If you haven’t heard the recent radio commercial from Kenny Carpets, use the player above to listen.) 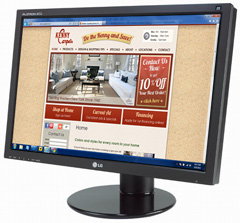 We’d like to take a moment to thank the fine folks at Kenny Carpets who have taken it upon themselves to define and articulate the three things for which our city is best known.  In fact, we can think of no entity better positioned to communicate the essence of Buffalo tradition than a rug store.

And isn’t it a striking coincidence that the very group taking the time to teach us about the pillars of Buffalo tradition is, in fact, a key cog in it?

So, seriously…  “Every city is known for something… and in Buffalo we’re known for snow, chicken wings, and of course Kenny Carpets.”

AND OF COURSE, Kenny Carpets?

You can just go ahead and say this on the radio?   Isn’t there some kind of “false claim” law or something?  An FCC rule perhaps?  Maybe the Mayor could put a stop to it?  Where is our trusted gang of preservationists to file a lawsuit when you need it?

We decided to ask the Twitterverse to confirm the apparent absurdity of Kenny Carpets’ claim.

We received more than 30 responses in less than an hour and (shockingly) NOT A SINGLE MENTION of Kenny Carpets.

@BMWilliams1522: Wide Right and No Goal

@Lexdog24:  drinking and the bills

@SherktheJerk: Irv Weinstein and all of those fires in Cheektowaga

@JamesRadio: failing its own citizens to the point that they leave

@lfthandedperson: unfortunately, I’d go with super bowl losses and empty factories. That was my experience when I lived outside of Buffalo.

‏@jpq1999: Down to earth, friendly people 2. A great place to raise a family

@Charlieriley: Buffalo is best known for turning your garage into a living room.

And remember, the Internet is known for three things… the creation of a global economy, ubiquitous pornography, and Trending Buffalo.