Smart Thing 1 – Bisons Promotional Schedule for August We’re 25 years in, Coca Cola Field looks as good as ever, and August provides more than just baseball when it…

We’re 25 years in, Coca Cola Field looks as good as ever, and August provides more than just baseball when it comes to affordable family entertainment.

If your daily commute is between the Elma-Lancaster-East Aurora area and Downtown Buffalo, you probably cringed when you learned of the looming summer construction project along the Route 400 expressway.   There’s nothing like starting every morning in bumper-to-bumper traffic.

Now, we’re not traffic scientists…  but it appears the Department of Transportation must have done something smart here. Even though traffic is restricted to one lane in each direction, the daily delays have been entirely manageable if not negligible.

(And YES, you read this correctly.  We actually just gave a digital pat on the back to the DOT). 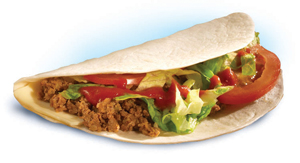 Duh.  Never in the history of Buffalo has a restaurant opening made more market sense than Mighty Taco on Chippewa Street.  Eating Mighty is almost always a decent choice.  But eating Mighty after consuming copious amounts of alcohol is a synergy so perfect that it rivals the very principles of quantum physics.

Bonus Brilliance: ChippaMighty stays open to 5am on bar nights.

Bonus Bonus Brilliance: This location has no drive-thru.

Bonus Bonus Bonus Brilliance: Rumor has it that Mighty is putting together a new reality TV show shot inside “wee-hours” ChippaMighty