I voted! Now, on to more smart things. 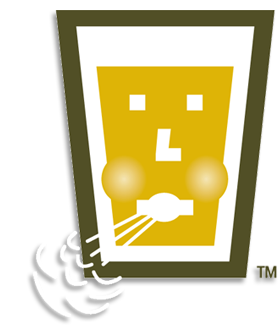 Now, on to more smart things:

SipSmart is a Buffalo based tech startup, spearheaded by Ladybug Teknologies. Essentially, the product-in-development is a single-use breathalyzer, in the simple, portable shape of a straw. As of this writing, their startup (located on Indigogo), has raised $1,235 of their $25k goal. They certainly have the know-how to produce this:

“We’ve been in the alcohol awareness business through other products for 8 years.  Always offering top end – law enforcement grade -products for the general consumer.  This has helped us! The challenge has always been price and creating demand.  Now….finally….an affordable, easy to use, discreet product is available to really make the difference!”

So why the need for a startup?

“Our financial goal will allow us to focus on two key issues.

First we need to be able to bring the SipSmart Straw technology to market at a reasonable selling price to our customers.  And that takes capital to improve the technology and ready it for mass production.

Secondly and of equal importance we need to build awareness to the consuming public about both our product…the SipSmart Straw and our mascot.

We want everyone to become familiar with the SipSmart mascot.  Every time anywhere you see this it will remind you to ‘Drink with your Head’.”

It’s a fantastic idea, and one that is certainly needed by the drinking community. I’d love to see the good folks at One Bills Drive handing these things out before Bills games (it was just two weeks ago that we shared the sad story of one fatality after a Bills game). (Of course, I’d love for the good folks at the FNC to distribute them too… when hockey eventually exists again.)

Ladybug Tek will be hosting a launch party this Friday (Nov. 16) at the City Tavern.

The third annual NHL Sled Hockey Classic was played at the North Town’s Center in Amherst over the weekend. From Buffalo.com:

“Invented in Sweden as a means for athletes with physical disabilities to continue to compete, the sport transitioned easily to the U.S. and even Western New York, which currently boasts three players on the U.S. National Team.”

Don’t be mistaken: sled hockey (like any version of puck) is fast paced, highly skilled, and pretty rough and tumble. From Channel 4:

“USA Sled Hockey Representative, Norm Page says, ‘These players are holding two sticks, they’re propelling themselves with those sticks and then they’re passing and shooting with the stick on the other end. They can shoot left, shoot right. It’s an incredible skill.’”

“Sled hockey player, Sara Tabor says, ‘We check, we fight with the guys, we beat up the guys they’re sometimes a little crass but you gotta take it and you gotta give it to them back.’”

Hit the above links for video of the event.

The Salvation Army kicked off its seasonal red kettle campaign at City Hall on November 10. Malls and big box stores have been setting up Christmas trees since October.

Turn the dial on your radios to Star 102.5, which switched to an all Christmas music format on November 9. Seriously – Black Friday is coming. Music calms the savage beast shopper.