Winner of the Internet 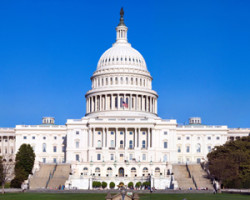 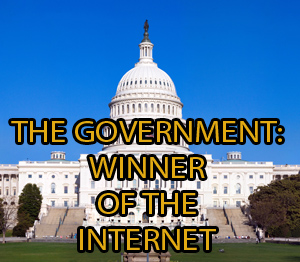 My laptop bricked itself on Friday, which means I lost last week. While my Mission Hill fan fiction is forever trapped on my hard drive, I was reassured to learn I could ask the government for the rest of my digital life. Turns out they have a spare copy.

While this may be a terrifying realization for The America That Lives Online, I think the government tracking our every keystroke could be a good thing. It definitely means the government won last week, gaining about 242 million friends in the process.

The first step to accepting the government as your friend is thinking of the Government not as Barack Obama or your terrible city councilman, but more as “The Government.” Like your favorite anonymous parody Twitter account. It’s nameless, faceless and terribly unfunny, but it’s always there.

Think about it: Somewhere in America is a nondescript office building where hundreds of people are checking in on you. For all the “so called friends” you bitch about on Facebook, The Government is officially always there for you. It’s listening, ladies. Tell The Government about your day. Stacey the Secretary was rude to you again? Girl, The Government knows you deserve better than that.

The Government’s got you down pat, and the sheer size of its workforce means there’s bound to be a perfect best friend on staff. Ready to chill or whatever. It’s like Match.com, except Google searches are more accurate than that photo you took at a weird angle 15 years ago. You’re interested in high-stakes canasta, pool inflatables and pictures of baby goats. It’s cool. Just don’t make pipe bombs and The Government says you’re bros.

I really think the floor is open to make the best of this thing. You can live-tweet Game of Thrones with The Government and pretend that show is OMG AMAZING. Seriously, chat with The Government through 56 minutes of boring nihilism and get excited when some boobs pop out. Tell The Government it would understand the show better if it read the enormously overwritten books. Sorry, The Government’s too busy keeping tabs on you, kid. It’s got better things to do.

If you’re a Verizon customer, the government already knows if you prefer “haha” or “lol” when you laugh in text conversations. That’s a huge step forward in interpersonal communication that The Government took on your behalf for the benefit of your friendship. Hey, it’s way easier than exchanging BBM pins. So counter-intuitive.

The Government would be the perfect boyfriend/girlfriend. It knows what you want for dinner, the clothes you wish someone would buy for you and YOUR ABSOLUTE DREAM WEDDING. It knows you put two-dozen hashtags on every photo you Instagram. It knows sometimes you browse Tumblr, get bored, and then accidentally type Tumblr.com into the address bar and reload the page. You’re silly, and that’s what The Government digs about you.

This is going to work out. Really, I swear. You two are going to make it. And if not, you and The Government can always get a dog together. That always fixes relationship problems.