I’m not here to talk about the past.

This post was written for January 3 but is being posted on January 6. Shut up.

I’m not here to talk about the past.

Cut this junk out. It is way to cold to do anything. And don’t act macho like this doesn’t bother you. You’re just an alcoholic and have diabetes so you already can’t feel your toes, you liar.

4. Another Bills Season In The Books

Ralph Wilson had a great year because he took both our money and Toronto’s money. You lost, because you spent it on a junk team. 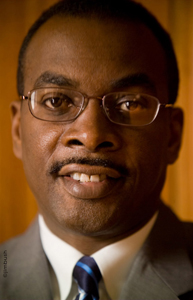 Just kidding. It’s the same guy! Quick, tell me what his economic plan for the city is. No, that’s okay. I’ll give you all the time you need.

2. Trying To Buy Out The Buffalo Schools Superintendent

It’s not necessarily the act of trying to get Pamela Brown to go, but just having to think about it at all. There is not one person who is happy with the schools right now. We’re probably a short time away from a state takeover.

Every single student attending one of those schools and every single teacher working with them deserves a medal, because all of the adults around them are complete clowns.

1. We Already Have Local Politicians Touching People Up