Many things are dumb. Here are 5. 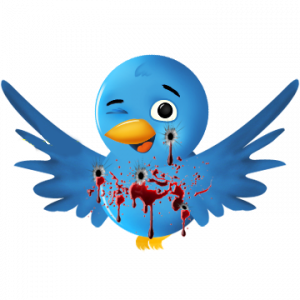 You know what this town needs? CABLECARS. 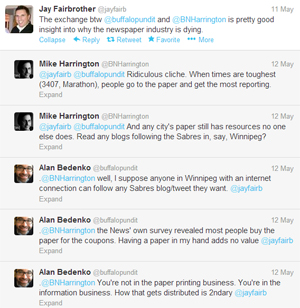 (Editor’s note: There’s a lot more but we’re not going to put it all here. It’s here.)

Some fat old man has to pop off about a soccer team in Rochester and all hell breaks loose. I don’t care what anyone at The Buffalo News thinks about anything anymore. Sucker M.C.s just trolling now. AND WE FALL FOR IT EVERY TIME.

I know I have a soft spot for these kinds of articles because I am legitimately interested in how the media does its job. But these conversations about the role of new media and old media are old hat.

We should discuss it as we do the dinosaurs. We don’t talk about how the dinosaurs died so that we can help them. We do it so we can learn how our planet works to better protect ourselves from their fate. As new media folks, we should talk about this not as people trying to get newspapers to be better at what they do. We should be watching how they screw up so we don’t make the same mistakes. We are watching a meteor hit an entire industry. The least we could do is take some notes.

You know what? Turns out Ryan Nagelhout was right. Listen to this podcast we did together and understand that everything I say is completely wrong. There is no one left to save. Let it burn.

This is junk. Do we even have a climate in WNY? Climate is the general track of weather over many years, but good luck mapping this crap out when it seems like it’s summer in winter and winter in summer. Our weather reports are being written by George R.R. Martin.

Of the four entries on their latest blog headlines, half of them are pictures of old cars. That would be like Trending Buffalo having half of its front page being dedicated to the Dumbest Things in….wait.

1. What On Earth Is Going On In Hamburg?

Okay, so I have a dog in this fight having decided to make up a fake name for a not important at all column on Trending Buffalo but my heart is definitely on the side of the blogger here. IS everything that is written or said there right? I have no idea because I have never read that site before. I have nothing at all to go on.

But in all cases we should default to protecting how we speak, even in the most egregious circumstances. This certainly doesn’t qualify as egregious, and I can’t see how this criticism is stopping anyone in the district from doing their job. Someone is writing junk about you? Well you are a highly paid public figure in an important community role. Either silence your critics with words or with actions.

Outing your critics is not the proper play here. It’s the arguments that need to be addressed.

“Look, I outed this poor person and I’ve made them spend countless thousands protecting themselves. I’m not vindictive at all!”

Try actually addressing the concerns. If you have, and they still screech like a dying skunk about how terrible you are… well, there are worse penalties for working in the Hamburg schools.

“But they say awful things about me!”

Have you read the comments after these Dumbest articles here? Welcome to the club, Super.