Here is something. 5. A Lack Of Dill Flavored Chips Not only do we not have nationalized health care, but Canada has dill flavored chips as well? WHY ARE THESE…

5. A Lack Of Dill Flavored Chips

Not only do we not have nationalized health care, but Canada has dill flavored chips as well? WHY ARE THESE NOT IN MY DESIGNATED FOOD LOCATIONS? It’s a crime against civilization. This is America, land of opportunity. My opportunities for maximum flavor are being curtailed by the outrage.

Nothing personal against the player, simply the position. In the age of the aircraft carrier the Sabres have procured a battleship. No one cares about fighters. No one respects them on the ice. Everyone still gets hit in the head. It serves no deterrent to cheap shots. You will be cheap-shotted in the present day NHL.

Can Scott stop Joey Crabb on a breakaway? No? Whatever.

You know BOOM what the best part BOOM of July BOOM is? BOOM Trying to BOOM sleep or hold a BOOM conversation as BOOM someone lights off an BOOM M80 every few BOOMBOOMBOOM minutes during the entire month of July. BOOM I hope you lose a BOOM hand. 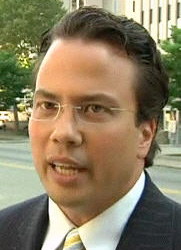 2. Stefan Mychajliw Running For Anything

You know who should be the accountant of Erie County? An accountant. Mr. Mihjdoclpoelsw has been a reporter for Channel 2, and then transitioned into the even more despised profession of public relations – for the completely successful at failing Buffalo Public Schools. His job was lying for people you think are incompetent. With our record of electing candidates he should win in a landslide.

Even if you’re Bob McCarthy and you want to give Chris Collins as much rope as possible with his recent comments pertaining to cancer, he still can’t win. 50,000 people a year still die from breast and prostate cancer. Even when you look at it through the lens of higher survival rates causing increased cost of care, he still sounds dumb because we are one of the most expensive systems out there and other countries have survival rates just as good if not better.

It is the job of the politician to not sound dumb. Sounding dumb loses elections. Collins sounds dumb. Often. He should stop talking.